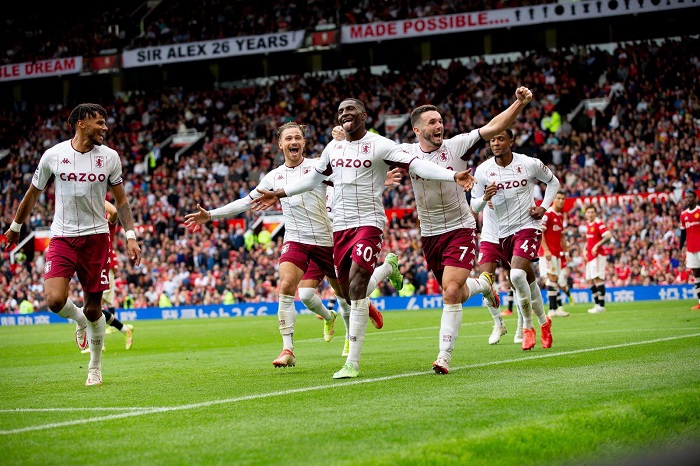 Hause then conceded a penalty in stoppage time, handling a cross.

Maguire went off injured in the second half before Hause headed in Douglas Luiz's corner with two minutes remaining.

Hause then conceded a penalty in stoppage time, handling a cross. But Fernandes fired over the resulting spot-kick.

A second Villa win over Man Utd in 46 Premier League matches lifts them to seventh with 10 points. Man Utd drop to fourth on 13 points after their first defeat of the season.