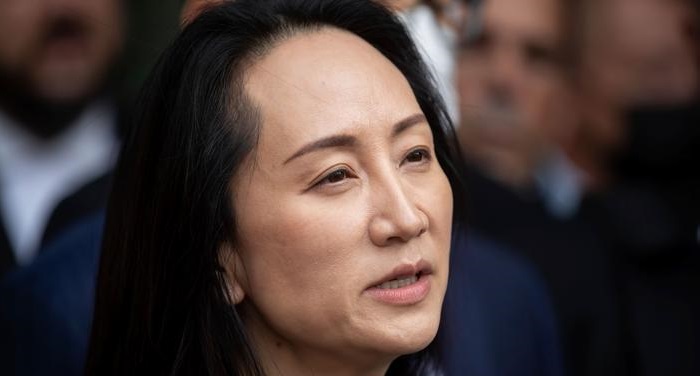 The chief financial officer of Chinese telecom giant Huawei, Meng Wanzhou, has reached a "deferred prosecution" deal with the US over fraud charges against her, the US Justice Department said.

The deal removes one of several major disputes between the US and China.

On Friday, a Canadian extradition judge discharged the executive, and the Canadian Justice Ministry said the 49-year-old was free to leave the country.

Following the extradition hearing, Meng said that the case that forced her to spend nearly three years in Canada was "disruptive."

"My life has been turned upside down," she said. However, she also said that "every cloud has a silver lining."

"I will never forget all the good wishes I received from people from around the world."

Soon after receiving her verdict, Meng caught an Air China flight to the Chinese city of Shenzhen, where telecommunications giant Huawei is based.

What do we know about the Meng deal?


The details of the deal were presented to a federal court on Friday.

It paved the way for Meng to leave Canada, where she has been detained since 2018, and return to China without facing US jail time, her lawyer said.

Under the deal, the US Justice Department is expected to dismiss the case in December 2022 — four years after Meng's arrest — if she complies with certain conditions.

The US will now withdraw its request to Canada for Meng's extradition, prosecutors said.

Judge Ann Donnelly approved the agreement with the US, saying: "I find that the government has established that the deferred prosecution agreement is bona fide."

Later in the day, another judge signed the order of discharge after a brief extradition hearing.

In a statement on Saturday, Huawei said the company would "defend itself" against further allegations brought by US prosecutors.

What are the charges against Meng?


Meng, who is the daughter of Huawei Technologies founder Ren Zhengfei, was arrested in Canada in 2018 on a US-issued warrant while en route to Mexico City in a move that angered Beijing.

She has been accused of misleading HSBC about Huawei's business dealings in Iran and is facing bank and wire fraud charges.

US prosecutors claim that Meng lied to HSBC executives in 2013, telling the bank that Huawei no longer owned a shell company called Skycom, which allegedly did business in Iran.

Meng allegedly also claimed to have resigned from Skycom's board. The claims put the British investment bank at risk of fines for violating the US sanctions on Iran.

Meng, who attended virtually for Friday's hearing, has claimed she is innocent.

Last year, the Huawei executive lost an extradition battle at a Canadian court.

As part of a hefty bail agreement of 10 million Canadian dollars ($7.3 million, €6.6 million) in 2018, Meng was confined to Vancouver and was monitored around the clock by private security.

Who are the two freed Canadians?

A Chinese court sentenced Spavor to 11 years in prison last March, but there had been no decision on Kovrig's case.

At the time Trudeau called Spavor's sentence "unacceptable and unjust," adding that the charges were "trumped up."

On Friday, the newly elected prime minister said former diplomat Kovrig and businessman Spavor had "left Chinese airspace and they were on their way home." Their release was part of the US deal.

US Secretary of State Antony Blinken said his country was "pleased" by China's response after the Canadians were deprived of seeing visitors for nine months during the pandemic.

"These two men have been through an unbelievably difficult ordeal. For the past 1,000 days, they have shown strength, perseverance and grace and we are all inspired by that," Trudeau said.

The released Canadian prisoners were due to arrive in Canada on Saturday, he added.