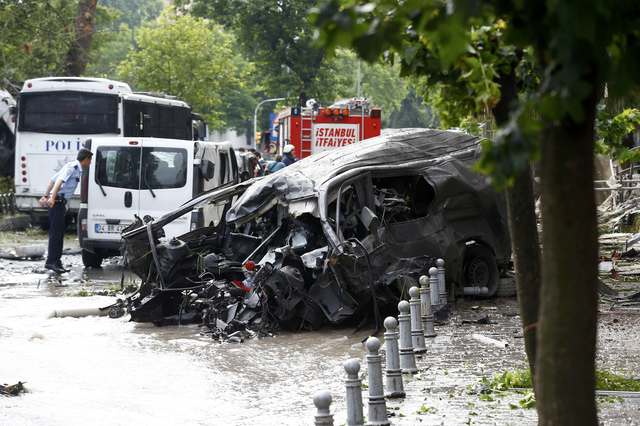 Istanbul: A Turkish police bus was targeted in a bomb attack on Tuesday in a central Istanbul district near a university and tourist sites and five people were wounded, broadcaster CNN Turk said.
Ambulances rushed to the scene after the attack occurred during the morning rush hour near Istanbul University and the city's historic quarter, it said.
A parked car packed with explosives was detonated by remote control as a police personnel bus passed by, CNN Turk said.
There was no immediate claim of responsibility. Kurdish militants, IS and radical leftists have all staged attacks in Turkey recently.
Broadcasters showed armed police in the street near to the site where the blast struck.
A spokesman at police headquarters in Istanbul was unable to provide information on the incident when reached by phone.