Residents in home swaps to save rent in Oman 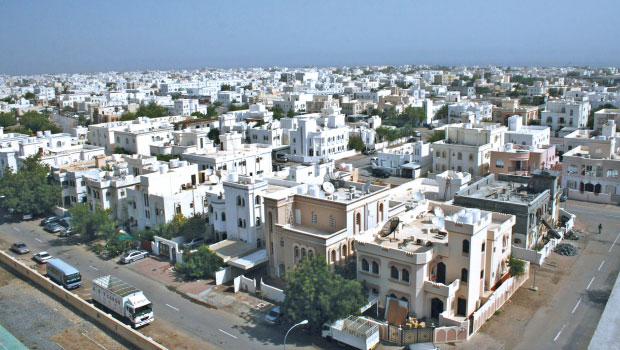 Muscat: Rents have dropped by as much as 40 per cent in some parts of Muscat and residents are swapping homes - sometimes in the same street - to take advantage, experts say.
Read also: ‘Lower our rents’ plea by Oman traders in tough market
The economic downturn, Omanisation and expats leaving the Sultanate have left the rental market reeling in some quarters of the capital. The news comes as international real estate consultancy Cluttons is launching its Oman Spring 2017 Property Market Report, which investigates the current performance of the Sultanate’s real estate market. The report “highlights how tenants are now in the driving seat when negotiating lease terms in the residential and commercial markets,” according to the consultancy firm. Estate agents in Oman couldn’t agree more.
A number of leading agencies in the Sultanate told Times of Oman that even in sought-after areas like Qurum, rentals have dropped by at least 5 per cent.
“There is a huge drop in rents in Mabella where it has fallen by 40 per cent due to oversupply. Baushar is another location where rates have gone down drastically but this is mainly due to lack of basic facilities such as parking,” Fahad Ismaili, CEO and founder of Tibiaan Properties, said.
“Residents are looking at better options that include more amenities such as parking and security to and properties that are not offering these are finding it hard to get tenants. “It is the tenants’ market, not the real estate agents’ market at the moment
“We have seen huge dips in prices since the second half of last year. It has been falling continuously. The major hit has been taken by multi-storied buildings that offer few or little amenities to tenants. It is very simple - tenants have more options to choose from for less money and of course there is the economic slowdown factor due to which all of this has happened,” he added. And residents in Oman are cashing in. Some are moving home to be nearer schools so that they save on transport money and rent. “I moved towards my son’s school and that helped me in two ways. First I managed to save some money on rent and then I managed to save money on transport,” Satish, an Indian expat said.
“I just changed my villa which is a few hundred metres from old villa in Mabella and managed to save OMR200 on rent as my old house owner was not agreeing to reduce my rent,” said an expat.
According to Al Ismaili, rents will continue to fall even in 2018 if Oman’s diversification plans don’t kick in soon. “There is no respite for us,” he said.
Country Operations Manager of Eqarat, Salman Jalil, said that on average rents are down by 10 to 15 per cent in 2017.
“In Ruwi and Darsait it is down by 10 to 15 percent, but in places like Amerat it is down by 15 per cent,” he said.
Individual villas or older properties on the outskirts of the city are struggling to get tenants. “Two years ago, I used to get OMR1,000 for a villa in Al Hail. But now I am offering the same villa for OMR500 but still there are very few takers,” one owner said.
A recent report by Al Habib & Co LLC, a real estate service company in Oman, stated rents are underpinned by employment numbers of educated expats.
“We have seen these numbers declining while supply is increasing. Thus rents are down in apartments and villas and occupancies have dropped by about 5 per cent in prime locations and by more than 20 per cent in the outlying areas of Amerat and Mabelah. Our database of over 4,000 apartments under management shows the percentage decline in rents of apartments in various locations.
“Within the residential apartment sector, rents have dropped less for newer high quality properties compared to the older poorer quality properties. Villas have witnessed an even steeper decline with average rents declining by 15 to 20 per cent.
“Here again, the worst hit are the older standalone villas. The newer villas in compounds with facilities like gyms and pools are less affected although even here rents have dropped by about 10 per cent,” the report adds.
Real estate agents said another trend the developers are seeing is that people are going for shorter contracts. “This is because of the uncertainty that some tenants are facing, therefore to stay safe they prefer short agreements for three or six months depending upon their situation, rather than having one year contracts and ending it abruptly in an unforeseen situation as it can have its own implications.
“Then we are seeing a trend that tenants are cancelling their agreements, even after signing them. They are even willing to pay the municipality fees and other charges when they are cancelling,” one said.
The fall in rental rates is attributed to the economic slowdown in the country, following a decline in oil prices, which has, in turn, seen organisations shedding staff in large numbers.
Data shows that the number of expatriates holding master, higher diploma, university and diploma holders have declined in the recent months.
The number of master’s degree holders stood at 5,869 at the end of 2015 but slipped to 5,657 at the end of February 2017.
The number of higher diploma and university students also dropped from 4,889 to 4,839 and 94,461 to 93,522 respectively.
The number of diploma holders also dropped to 52,340 from 52,536 at the end of December 2016, according to National Centre for Statistics (NSCI).