Coroner identifies body of US woman, rules death a homicide 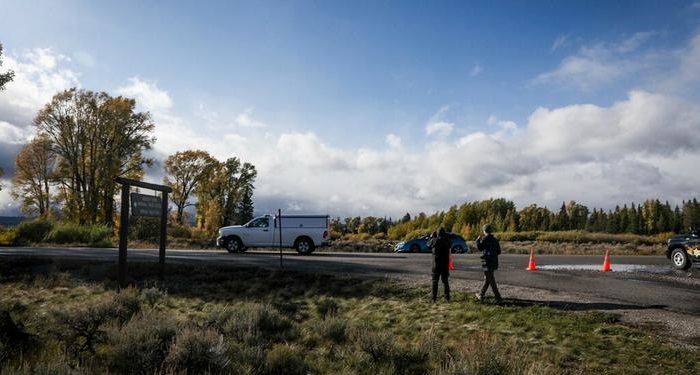 A body found at a national park in Wyoming has been identified by US authorities as Gabrielle "Gabby" Petito, a 22-year-old traveler who went missing on a road trip with her fiance, the FBI said on Tuesday. Her death has been ruled a homicide.

"Teton County Coroner Dr. Brent Blue confirmed the remains are those of Gabrielle Venora Petito, date of birth March 19, 1999," the Denver office of the FBI said in a written statement. The remains were found on Sunday near a camping area along the border of Grand Teton National Park.

"Coroner Blue's initial determination for the manner of death is homicide. The cause of death remains pending final autopsy results," the FBI said.


Petito's family reported her missing on September 11, 10 days after her fiance, Brian Laundrie, 23, had returned from a cross-country trip without her. A search is currently underway for Laundrie, who has been named a person of interest in the case.

Investigators continued their search of a 24,000-acre (9,700-hectare) swampy Florida preserve area near Laundrie's home in North Port, Florida. Helicopters, drones, dogs and officers in all-terrain vehicles were deployed in the search.

The FBI also removed several boxes and a car from Laundrie's parents' home, where the couple had been living before the road trip.

What do we know about the case?


Petito and Laundrie set out on a road trip to visit several western US national parks in July. The couple documented their journey on social media, saying they intended to reach the western state of Oregon by October.

Petito's last known contact with her family was in late August, with the couple's next stop believed to be the Grand Teton National Park in Wyoming.

She was never heard from again. Laundrie then drove the van they were traveling in to his family's home in Florida on September 1 — without Petito. While her family filed a missing person's report 10 days later, Laundrie has since disappeared. His family says they have not seen him in days.

During the search for Petito, it emerged that police in Utah had pulled over the van that Petito and Laundrie were traveling in on August 12 — responding to a domestic violence report.

Body camera footage from the traffic stop showed an emotional Petito saying she had an altercation with Laundrie. Police separated the two for the night and declined to press charges.