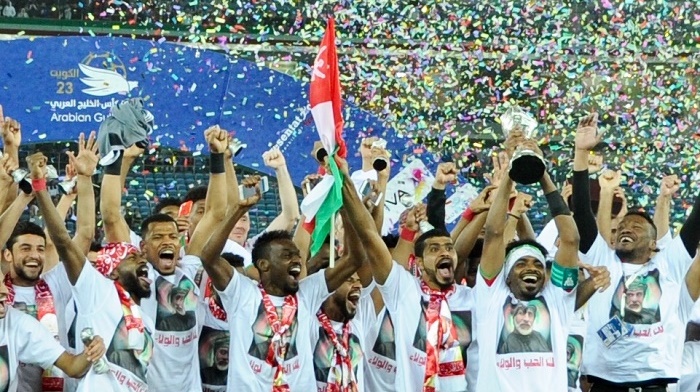 The 25th edition of the tournament was originally slated to begin in the Iraqi city of Basra in December 2021, and run into January 2022.

Muscat: The upcoming Arabian Gulf Cup, which was scheduled to begin in December 2021, has been postponed until January 2023.

The 25th edition of the tournament was originally slated to begin in the Iraqi city of Basra in December 2021, and run into January 2022, but the Arab Gulf Cup Football Federation (AGCFF) decided otherwise.

The decision was made at an extraordinary meeting of the organisation’s general assembly, led by Sheikh Hamad bin Khalifa Al Thani, the body’s president, and the heads of the football association of the Gulf countries.

“The extraordinary general assembly decided to postpone the 25th Gulf Cup because the Gulf teams have a packed calendar, and they will be participating in many international and continental competitions during that time,” said Jassim Al Rumaihi, the secretary general of the AGCFF, in a statement.

“Iraq had completed, six months ago, all preparations to host the Gulf Cup, in accordance with our regulations and standards,” he added.

During the meeting, discussions were also held over naming the host for the 26th edition of the tournament, which has been pencilled in for December 2023 and January 2024.

At the meeting, the presidency of Sheikh Hamad bin Khalifa bin Ahmed Al Thani was also extended until May 2023. During this meeting, Salem bin Saeed Al Wahaibi of the Oman Football Association was named vice president of the AGCFF.

“The next stage of our work is important, as we seek to be professional in all our efforts towards developing and organising football in the Gulf countries,” said Al Rumaihi.

The Gulf Cup is normally held every two years, and features eight teams: the six countries of the GCC (Oman, Bahrain, Kuwait, Saudi Arabia, Qatar, and the United Arab Emirates) as well as Yemen and Iraq.

Kuwait is the most successful team in the history of the Gulf Cup — first held in 1970 — having won the tournament 10 times. Saudi Arabia, Iraq and Qatar have all won it thrice, while both the UAE and Oman have each lifted the trophy on two occasions.

Current champions Bahrain won their first and only Gulf Cup when they beat Saudi Arabia 1-0 in Doha in 2019.

The Reds had made it to the finals of the two previous editions, only to fall at the final hurdle.
They won their second tournament in 2017/18, when they beat the UAE – again on penalties – in Kuwait City.