Morgan will have to lead from the front 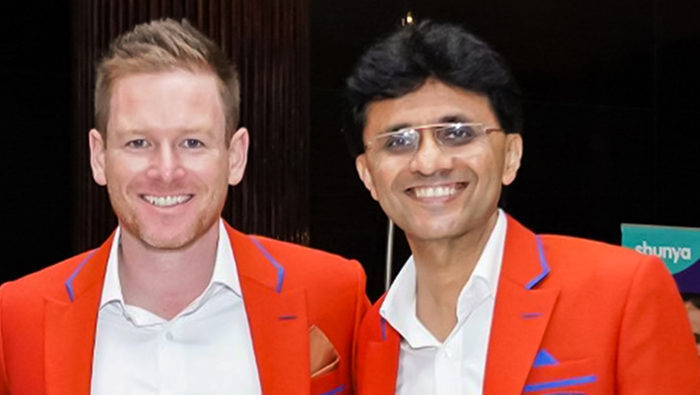 IPL kicked off on Sunday with a blockbuster game between Mumbai Indians and Chennai Super Kings but Monday’s match between Kolkata Knight Riders and Royal Challengers Bangalore is nothing short of being an El classico.

The reason being this match is between two heavyweight captains Virat Kohli of India and Eoin Morgan of England who are touted as favourites to win the T20 World Cup which is immediately after the World Cup. Both the captains would like to get off to a winning start specially Eoin Morgan whose team KKR which has just two wins out of seven games and need to win at least 5 more games to have a realistic chance of making it to the playoffs. Whereas Virat Kohli’s team RCB has five wins and two loses out of their seven games.

Eoin Morgan has said that his team has nothing to lose and now are a dangerous side for any team facing them. Moreover, this might be a timely break for KKR after the struggles in India in the first phase of the tournament where they were struggling to get their team combination right. The main issue KKR faced was that their openers could not get them to a quick fire start where both Nitish Rana and Shubman Gill failed to complement each other. Their average power play score was below 40 which is way too less in the shortest form of cricket. Morgan will have to bring the same brand of fearless cricket in KKR as he does for team England if they have to reach the playoffs.

Rahul Tripathi for me along with Nitish Rana would be an ideal choice for opening the batting and if an early wicket falls then it has to be Sunil Narine who had a terrific CPL.

Most importantly it has to be the skipper Eoin Morgan who needs to play the anchor role where other players can bat around him especially Dangerous players like Andre Russel and Dinesh Kartik to do the finishing job with a flourish. And Eoin Morgan himself is a dangerous player when he spends some time at the crease and has solid strike rate of 138.

It's about getting the right start and If skipper Morgan can lead from the front and get the right finishing from Dre Russ and Dinesh Kartik, KKR would be hard to stop.

In the first leg played in India, RCB had got the better of KKR when the big Show Glen Maxwell and Mr. 360 Ab De Villiers had both gone berserk and taken the game away from KKR. Can Eoin Morgan’s team turn it around in Dubai, time will tell but Eoin Morgan leading from the front will be a big boost for team KKR in the team doing well.