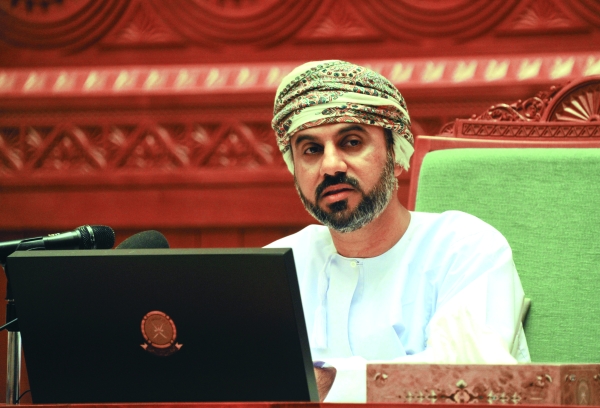 Beijing: The Sultanate and China will pursue the same strategy that is geared towards achieving peace and stability in the world, as well as Oman’s support to solve all issues in the world, said Yu Zhengsheng, chairman of the Chinese People’s Political Consultative Conference.
Khalid bin Hilal Al Ma’awali, chairman of Majlis Al Shura and his accompanying delegation met with Yu Zhengsheng, chairman of the CPPCC yesterday.
The Chinese leader referred to the Sultanate’s good stances in relation to several regional and international issues. He also thanked the Sultanate for its aid to the Chinese government after the cyclone that hit China during the previous period.
The CPPCC Chairman also pointed out that China is the biggest importer of Omani oil. He added that the Chinese government wishes to increase the trade and economic exchange between the two countries in the future.
He urged the Chinese companies to boost investment in the projects being executed in the Sultanate.
The Chairman of the Majlis Al Shura thanked the CPPCC Chairman for his invitation, warm welcome and generous hospitality, wishing him and the friendly Chinese people further progress and growth. He also touched upon the historic ties binding the two countries and the aspiration to push them towards further progress during the upcoming period.
Zhang Dejiang, chairman of the Standing Committee of the Chinese National People’s Congress (NPC), received Al Ma’awali and his accompanying delegation.
The NPC Chairman stressed the importance of the Omani delegation’s visit for the Chinese government, which is aimed at supporting and strengthening relations in various aspects of common concern between the two countries. He also spoke about the importance of continuing such visits during the upcoming stage.
The two sides also discussed the firm principles of both leaderships’ stance towards international and regional issues. The NPC Chairman also hailed the prestigious international political position, security and stability enjoyed by the Sultanate.
The delegation accompanying Al Ma’awali included some members, ambassador to China, specialists from the Public Authority for Investment Promotion and Export Development “Ithraa” and the Special Economic Zone Authority at Duqm (SEZAD).