Warning over blood supply in Oman as Ramadan begins 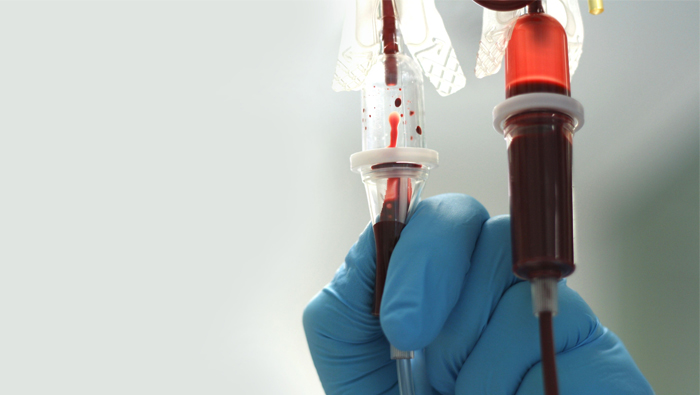 Muscat: Oman’s blood banks are expected to run short during Ramadan after it was revealed that the number of donations “fall drastically” during the Holy Month, a senior health official told the Times of Oman (TOO).
Get your essential daily briefing delivered direct to your email inbox with our e-newsletter
“Shortages during the Holy Month of Ramadan are anticipated due to reduced donor pool,” the Department of Blood Bank Services said in a statement.
“The blood banks face challenges for two basic reasons,” Dr Sabria Al Hashami, director of the Department of Blood Banks Services told TOO in an exclusive interview.
“The first is that Omani nationals are fasting and can only donate blood after they break the fast. Secondly, Ramadan coincides with summer holidays and hence non-Omanis, who are not fasting, are travelling abroad and are not available for blood donation during the day,” she stated.
“Consequently, the number of donations falls drastically,” Al Hashami added.
Read also: Diabetics encouraged to undergo medical assessment before Ramadan
The health official also pointed out that the department is trying to encourage donors for contributions after breaking their fast every day.
She added: “It’s prudent to try and mobilise our mobile donation cars in the evenings to locations where donors are likely to donate, including mosques and markets.”
Al Hashami said the evening schedule for locations of blood donation campaigns during Ramadan were created and “it will be soon published.”
Rising numbers
TOO also spoke to many private hospital authorities, who said they usually store a small amount of blood in the hospital banks, but rely heavily on the central blood bank.
“Ramadan is usually dry when it comes to blood donations. So it becomes important for everyone to contribute,” a senior administrator at Apollo Hospital in Ruwi told TOO.
“We have readily available samples for one or two common (blood) groups. The rest we get from the central bank. But the availability depends on donors, as well,” another official, Dr Singhvi said.
Ramadan is marred by rising road accidents as well. The Royal Oman Police’s (ROP’s) 2016 ‘Facts and Figures’ report revealed that in July last year, 71 people lost their lives in road accidents. In July 2014, 78 people had died.
While many said Ramadan could have an effect on people’s focus and decision making while driving, health experts stated that over-speeding in the rush to reach home early had been witnessed in the past.
“There can’t be a better gift one can give other than blood during this month. People must come forward and start donating blood. Typically, blood stores run dry during Ramadan and we have to defer surgeries,” Dr Rajesh of the Anaesthesia Section at the Atlas Hospital told TOO.
“During this month, the number of accidents also increases,” he added.
Meanwhile, senior officials imparting blood bank services said that increasing the donation prior to the Holy Month will not solve the problem.
“Because the blood components have a relatively short shelf life, for e.g., platelets have a shelf life of five days from the time of collection and cannot be used after that,” Al Hashami said, adding “Therefore, the donation has to continue on a daily basis in order to meet the demand.”
There is no large inventory at the central blood bank and the blood components are distributed on a daily basis to hospitals.
Al Hashami said blood shortages during Ramadan are expected to reduce the donor pool.
“We do encourage non-Muslim doors to donate during the day and Muslim donors to come in the evening,” she said.
Blood banks are also seeking donations at the central bank between 8am and 1pm and between 7:30pm and 11pm throughout the week during Ramadan.
Meanwhile, Ahmed Hamad Al Kharusi, a regular blood donor in Oman, urged citizens to donate blood, saying shortages are seen during Ramadan and that “we must reverse this trend this year and in future as well.”