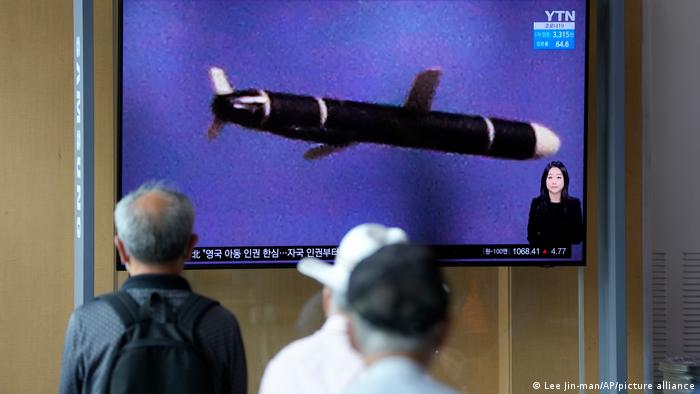 Berlin: North Korea on Wednesday fired two ballistic missiles into the sea, according to the South Korean military.

The South's missile, fired from a 3,000-ton-class submarine, flew a previously set distance before hitting a designated target, the presidential Blue House said.

Possessing a submarine-launched ballistic missile was "expected to play a major role in self-reliant national defense and the establishment of peace on the Korean Peninsula going forward," the Blue House said.

What we know about Pyongyang's launch


The two "unidentified ballistic missiles" were launched from a site in central North Korea, toward the waters of the Korean Peninsula's east coast on Wednesday afternoon, South Korea's Joint Chiefs of Staff said in a statement.

"South Korean and US intelligence agencies are conducting detailed analysis," they added, without immediately giving details of the missiles' range.

If Wednesday's test were confirmed as a ballistic missile, it would be Pyongyang's first since March this year and a further violation of UN sanctions.