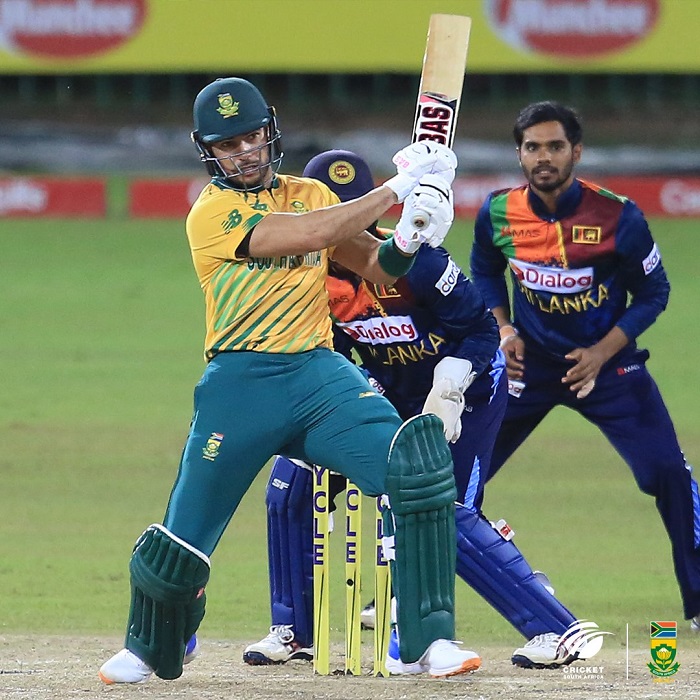 Colombo : South Africa men's cricket team finished their tour of Sri Lanka in glorious style when they won the final T20 International match in Colombo on Tuesday evening by 10 wickets and made 3-0 clean sweep of the series.

It was the Proteas' third victory by this margin, the previous ones being against Pakistan and Zimbabwe, while the unbroken partnership of 121 between Quinton de Kock and Reeza Hendricks was a South African record for any wicket partnership against Sri Lanka. The performance also enabled the Proteas to equal their record of seven successive victories in this format, first achieved in 2009 when they beat Australia twice at home and then won five matches in a row in the ICC Men's T20 World Cup in England.

Remarkably the Proteas have only lost one wicket in the last two matches of this series while the bowlers restricted Sri Lanka to a run a ball in the same games.

Today's victory was set up by another superb bowling performance after Sri Lanka had won the toss on the best batting surface of the series with Kagiso Rabada and Bjorn Fortuin being responsible for three wickets in the power play. Thereafter there was no recovery for the home side who looked as though they would struggle to reach three figures before eventually finishing on 120.