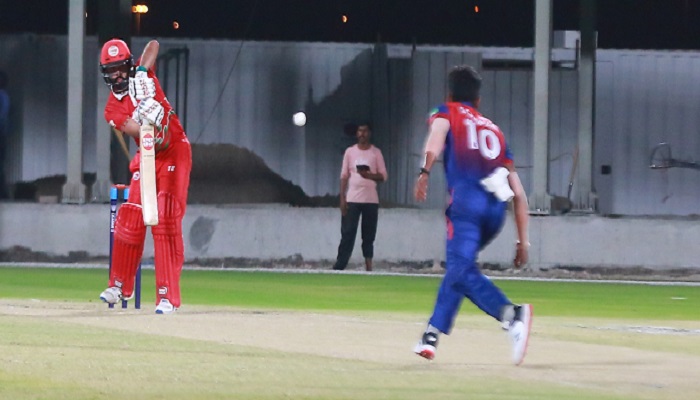 Tournament leaders Oman dominated the day-night match from the outset, dismissing Nepal for 196 inside 48 overs as Bilal ran through the visitors in a hot and lively spell.

Aasif Shaikh was the only Nepali batsman to impressive with a solid 90. Off-spinner Nester Dhamba bowled well too, claiming 2 for 25.

Oman’s chase was led by the dangerous Singh who tore the Nepali attack to pieces with blistering strokes all around the park. His 107 came off only 62 balls and included 6 massive sixes. All-rounder Mohammed Nadeem stabilised the innings after Oman lost some quick wickets before Suraj Kumar contributed a quickfire 20.

Nadeem sealed the win for Oman in the 32ns overs with a huge six, staying unbeaten at 38. Oman,who leads the table with 9 wins out of 13 games, will play USA on Thursday after Wednesday’s rest day.