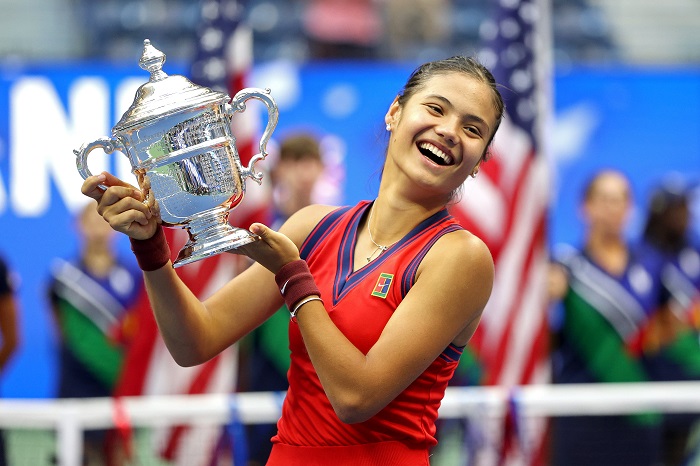 Florida : US Open champion Emma Raducanu jumped 127 spots in this week's WTA Rankings, moving from No. 150 to No. 23, while runner-up at New York, Leylah Fernandez moved to No. 28.

For the first time in six years, Britain has a new top player in Emma Raducanu. The teenager started the year at No. 345 (11 best among British women), but her ranking has been on a rapid climb in the past three months. The Briton has won 21 of her past 25 matches.

After reaching the fourth round at Wimbledon as a wildcard, Raducanu's ranking improved from No.338 to No.179, helping her secure a spot in qualifying at the US Open. By winning the US Open as a qualifier, Raducanu earned 2,040 points and jumped 127 spots to No. 23. She also overtakes Johanna Konta as the highest-ranked woman from Britain.

US Open runner-up Leylah Fernandez jumped 45 spots, climbing from No. 73 to No. 28. Fernandez joins compatriot Bianca Andreescu (No. 20) in the Top 30, giving Canada two woman ranked in the Top 30 for the first time in 34 years.

Ashleigh Barty and Aryna Sabalenka remain unchanged atop this week's rankings, a quarter-final run pushes Karolina Pliskova up one spot to No. 3 and Elina Svitolina sits at Top 4. Barbora Krejcikova moved up two spots from No. 9 to No. 7.

In doubles, Hsieh Su-Wei has returned to the top of the WTA Rankings, replacing Elise Mertens, who held the top spot for nine consecutive weeks.