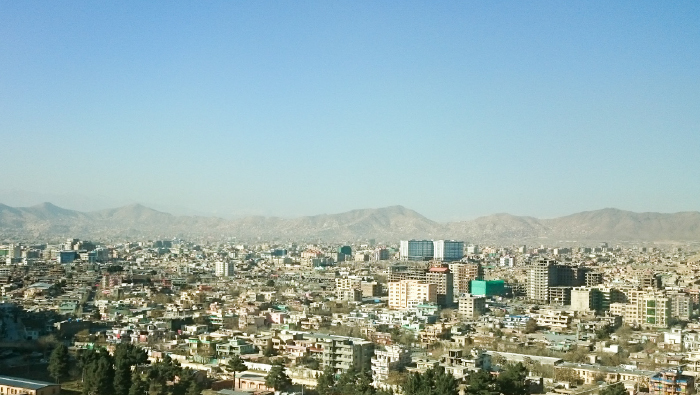 The World needs to come together to help Afghanistan prevent an economic meltdown..

After suffering for decades, Afghanistan is at a historic cross-roads, where it can finally end the cycles of conflict and instability, or descend into state failure which would bring untold misery to its people and affect the region. After Afghanistan itself, Pakistan has suffered the most from the Afghan imbroglio.

We have endured 80,000 casualties. We have incurred economic losses to the tune of over $ 150 billion and still continue to host approximately four million refugees. That is akin to adding the population of a small country to that of Pakistan. But we remained steadfast. We never had the option or inclination, simply, to walk away. As an immediate neighbour we do not have the luxury to disengage.

Pakistan has kept its Embassy and Consulates in Afghanistan open. Our national airline, PIA, has braved all hazards to evacuate personnel of diplomatic missions, international organizations, INGOs and media entities.

While Pakistan is committed to doing what it can, it would be essential to have a realistic perspective as the situation evolves. The Afghan crisis, its worsening and continuation were not of Pakistan’s making but we tried to help bring about a negotiated end to the “forever war”

Pakistan urges the “Spoilers” to desist from stultifying the process of Afghan stabilisation. Afghanistan is a deeply wounded entity that needs healing not cynical manipulation. Stop misleading the world by misusing cyber platforms and spreading baseless allegations to create wedge between people.

To the international community, we say: stay the course and help Afghanistan avert an economic and humanitarian disaster. Do not repeat the precipitous actions of the past which deepened the fissures in the Afghan society that were exacerbated by military action, mismanagement, corruption and squandering of fantastical sums of western tax payers’ money. Incentivize through constructive engagement and positive messaging.

To the new dispensation in Afghanistan, we say: try to bring about genuine reconciliation and create a polity where no one feels imperiled due to ethnicity or gender.

As a reasonable player, Pakistan not only facilitated the peace process but is also striving for a regional approach on Afghanistan. We have also reached out to the Western countries as well as all Afghan political factions to work together for lasting peace and stability in Afghanistan.

Pakistan calls upon every international player to heed its call for genuine efforts to promote intra-afghan reconciliation. Afghanistan has had enough of conflict.

Pakistan’s sufferings have been second only to those of Afghanistan. The Prime Minister’s vision for a transformed Pakistan is centered on economic security.

Pakistan has made a policy shift from geo-politics to geo-economics. We desire a peaceful and prosperous region adding to international security and stability.

This would also help in the realization of our mutual connectivity agenda leading to regional economic integration.

Providing generous support to Afghanistan would help it make a genuine transition from a fractured and mal-administered entity to a responsible member of the international community.

Helping Afghanistan would help prevent an economic meltdown and a refugee crisis. Financial measures at this stage would add to the suffering of common Afghans. We should extend our hands to lift them up, not to choke them.

The mind-numbing speed with which the Ashraf Ghani-led house of cards collapsed has spawned many a hypothesis; there, also, is angst and bewilderment as well as sense of loss due to wasted investment of a regional actor that wanted to use Afghanistan as an ant-Pakistan Trojan Horse.

Let us rise above geo-politics and try to mitigate the pain and suffering of Afghanistan. Pakistan urges all responsible actors to learn from past mistakes and let us not repeat them. We must not be prescriptive in our approach.

Let us seize the opportunity to usher in an era where a stable and peaceful Afghanistan helps us unlock the true potential of the region.