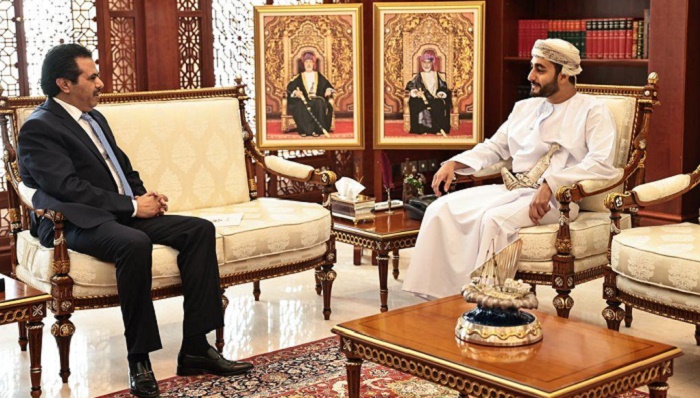 Muscat: His Highness Sayyid Theyazin bin Haitham Al Said, Minister of Culture, Sports and Youth received in his office here on Monday  Amjad Al Quhaiwi, Ambassador of the Hashemite Kingdom of Jordan to the Sultanate.

A written message from Ali Al Ayed, Jordanian Minister of Culture was handed over to HH Sayyid Theyazin during the meeting.

The two sides reviewed the bilateral relations between the Sultanate and Jordan, as well as aspects of existing cooperation between them in the cultural field.