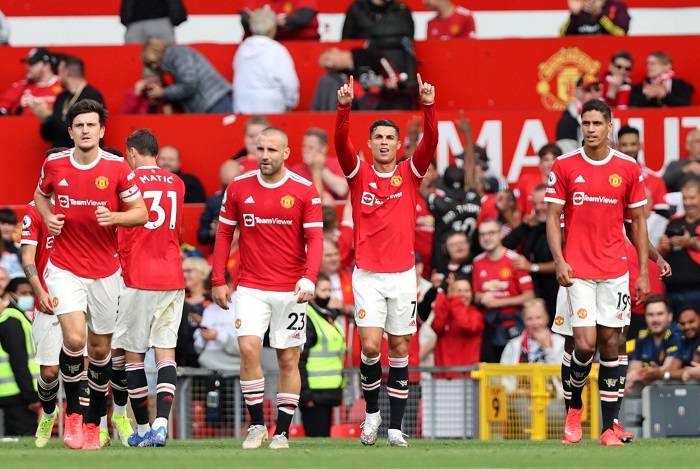 Cristiano Ronaldo makes his glorious return to the Premier League for the United.

Manchester: On Saturday all roads in Manchester led to Old Trafford as talismanic Cristiano Ronaldo made his glorious return to the Premier League for the United.

This second debut of the Portuguese had fans all over the world buzzing in excitement and Ronaldo made sure to deliver a spectacle as he scored twice in a 4-1 win over Newcastle.

A crescendo of noise greeted the sight of the 36-year-old forward stepping virtually last out of the tunnel as Old Trafford waited with bated breath for the second coming. But United fans had to wait full 45 minutes before they went wild as Ronaldo opened the scoring for the team on return. The opener was Ronaldo's 119th goal for United but it was certainly not his last of the afternoon.

After the Magpies equalised through Javier Manquillo ten minutes into the second half, Ronaldo did what he does best once again just after the hour-mark. Luke Shaw bombed forward into a central area before sending the striker through on goal and he slotted in his 120th United goal in front of the Stretford End. "You've only come to see Ronaldo," the United fans sang to the away end.

Marcus Rashford was quick to appreciate the greatness of United's new number seven as he tweeted: ''Like he never left @Cristiano.''

Then, Bruno Fernandes also joined the Portuguese party at Old Trafford as he took a pass from Paul Pogba and hammered into the top corner from 25 yards to make it 3-1 with 10 minutes remaining. Jesse Lingard came on to curl in a fourth in stoppage time as United went top of the table with 10 points. Newcastle sits 19th on one point. (