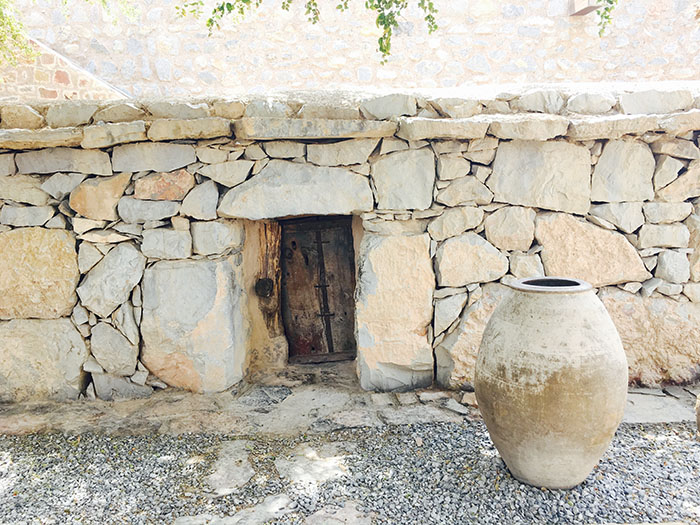 Bayt Al Qufl is a special kind of architecture that is a testimony to the old Omanis’ ingenuity and their adaptation to the conditions of the weather and life, and how they tamed the environment to suit their needs.

Literally meaning 'House of the lock”, it is one of the most attractive spots in Musandam. It is said that these houses made of stone and clay were used to hide and preserve food and other materials. It also has a sunken floor with around two metres storage space used to store grains and dates.

According to Oman's Ministry of Tourism, "The house was first built by digging the earth for a depth of not less than one metre. After that, large pottery jars were placed to store dates and other staples for the harsh summer months in these mountains. Then the house was  constructed with an extremely small entrance that would allow no more than one person to enter. After that the house structure was built up from pebbles (these are mountain rocks). The roof was finally put on, usually made from the trunks of jujube, acacia or latab trees and covered with a layer of mud and stones to form an insulating layer from moisture, rain and extreme heat."