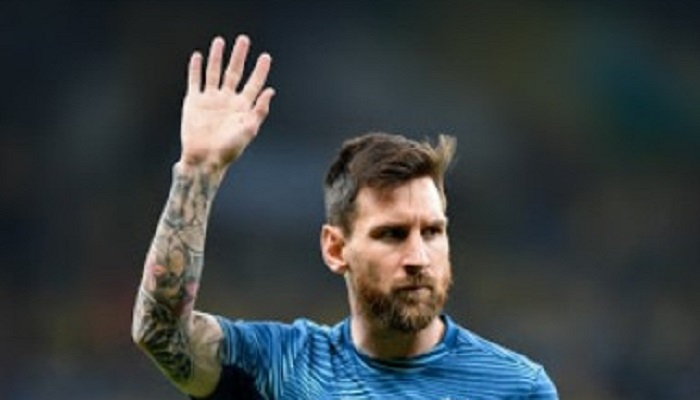 Buenos Aires: Lionel Messi has now become the highest scorer in the men's goal-scoring list of CONMEBOL after he broke legend Pele's record on Thursday.

The Argentinian number 10 scored a hat-trick against Bolivia in a World Cup qualifying match to overtake Pele (77) and become South America's top male international scorer with 79 goals. Only Brazilian stars Marta (109) and Cristiane (96) have scored more overall international goals than the Argentina icon now as he claimed his spot as the top men's goalscorer on the continent.

"I really wanted to be able to enjoy it," Messi said after the match, as per goal.com. "I waited a long time for this, I looked for it and I dreamed of it. It's a unique moment for the way it happened after so much waiting.

"There was no better way to celebrate this than to be here. My mother, my brothers are in the stands... They suffered a lot and today, they are here celebrating. I'm very happy."

It's Messi's 55th hat-trick and his seventh for Argentina. Six times Ballon d'Or winner has also now scored an incredible 751 times in his career.