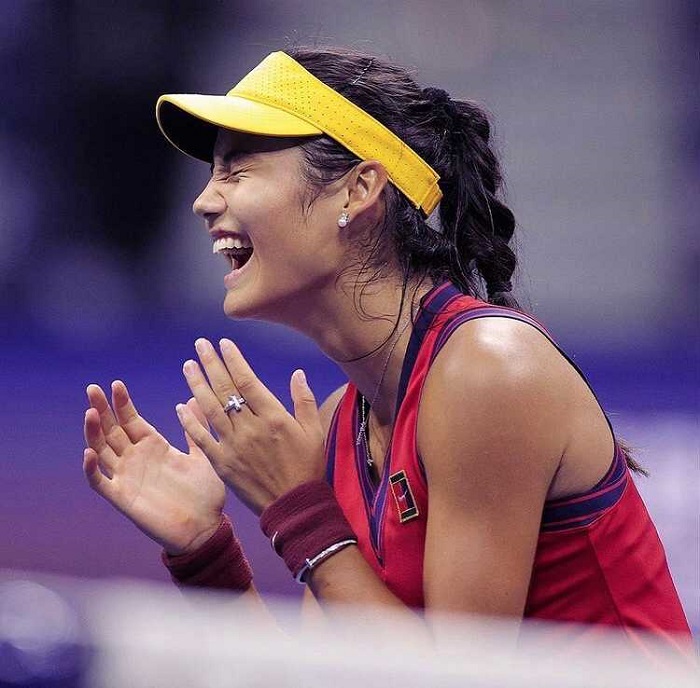 The 18-year-old became the first qualifier, male or female, to ever advance to a major final.

New York: Great Britain's Emma Raducanu on Friday marched into her first major final when she entered the summit clash of the ongoing US Open. Raducanu continued her dominant form defeating Maria Sakkari 6-1, 6-4 in the semi-finals here at the Arthur Ashe Stadium.

The 18-year-old became the first qualifier, male or female, to ever advance to a major final. Raducanu will face 19-year-old Canadian Leylah Fernandez on Championship Saturday, in the first all-teenage major final since Serena Williams defeated Martina Hingis at the 1999 US Open. Raducanu's run has also ended a trio of British droughts.

The key moments came early in the match, as Sakkari earned a total of seven break points across Raducanu's first two service games, but could not convert.

Instead, it was Raducanu breaking Sakkari in her first service game before racing to a 5-0 lead. Having wiped out Sakkari's early chances and the Greek struggling to find her range off the ground, Raducanu would not face a break point for the remainder of the match.

Sakkari fought to stay within a break of Raducanu as the second set nudged towards the finish line, but the Brit came through two clinical service games to hold to 5-3 and then close out the 6-1, 6-4 win after 1 hour and 23 minutes.

Saturday's final will be the first major final in the Open Era to feature two unseeded players.