Are tax hikes imminent to pay for COVID-19 pandemic? 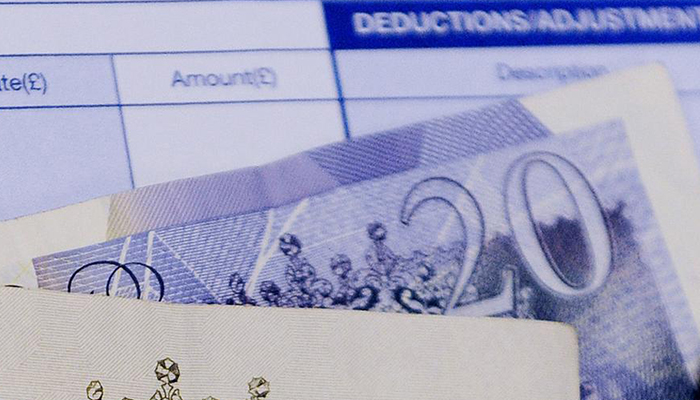 The state-funded National Health Service (NHS) urgently needs to clear a backlog of 5.5 million non-COVID patients. Later, the government plans to boost the country's social care sector, which has suffered from decades of underfunding.

Tuesday's announcement of higher social insurance and dividend taxes marks the second round of increases this year. In March, the UK government said it would hike corporation tax by 6 percentage points to 25%, warning that the pandemic would leave long-term economic "scarring."

Isabel Stockton, Research Economist at the London-based Institute for Fiscal Studies, told DW that COVID would leave the UK economy "permanently smaller by about 3%," citing government data from earlier this year.

"That would, in some sense, need to be paid for if we're going to afford the same level of public spending without increasing borrowing," she said.

In May, the government estimated that the final COVID bill would likely reach 372 billion pounds, having borrowed 299 billion last year alone to prop up its economy.

Biden's proposals would hike federal spending by $4 trillion (€3.38 trillion) over 10 years to pay for much-delayed infrastructure projects, the green energy transition and social policy reforms. If the plan is passed by Congress, it would undo many of the Trump-era tax cuts.

US corporation tax would rise, along with income taxes for the wealthiest Americans — including a substantially higher rate of capital gains tax of 43.1% for those with incomes of over $1 million. The US Internal Revenue Service would be reformed to be more efficient at collecting some $630 billion in unpaid taxes.

Stiff opposition from Republican lawmakers has prompted some Democrats to concede that the ambitious plans will have to be scaled back. Even so, the US's fiscal woes highlight the huge dilemma governments around the world now face. Should the real cost of the pandemic be paid for through higher taxes, public spending cuts or increased borrowing?

Germany OK, for now
As Germany prepares to go to the polls on September 26, the Munich-based Ifo Institute for Economic Research published a report detailing the main political parties' economic plans. The think tank says the main candidates for chancellor have focused on job creation programs as they look to put the pandemic behind them.

"They are ignoring it, but on the other hand, the pandemic-related costs are not that huge," Andreas Peichl, Director of the Ifo's Center for Macroeconomics and Surveys, told DW, "when you allow for the size of the economy and the country's healthy public finances."

Before the pandemic, Germany ran a budget surplus for many years, helped by the debt brake — a measure enshrined in the constitution that forces governments to avoid unnecessary borrowing.

Berlin had to use an emergency clause to suspend the debt brake for two years to borrow €470 billion to prop up the economy, But Peichl said Germany's debt to GDP ratio would still be lower at the end of this year than during the 2008/9 financial crisis.

"The best strategy to reduce Germany's debt is not to cut spending or raise taxes but to try to grow out of it," said Peichl. "Let the economy grow and the debt to GDP ratio will automatically go down." He added the zero or negative interest rate environment is an added bonus.

Structural changes need funding
COVID is not the only burden on public finances. Climate change, infrastructure renewal and aging populations in most European countries will require much higher government spending over the next decade.

Ifo estimates that Germany will need to invest €30-50 billion per year to help tackle those issues, which Economist Iain Begg from the European Institute at the London School of Economics thinks will be difficult to achieve long term without hiking taxes.

"In the short to medium term, Germany can let increased borrowing shoulder the burden," Begg told DW. "But since the prevailing mood in Europe — especially among the center-left — is to raise taxes, Germany is not going to be immune."

Southern Europe has little choice
Heavily-indebted southern European Union countries face the biggest hurdle in a post-pandemic world. With a debt to GDP ratio of 209.3% and 160% respectively, Greece and Italy are limited in the amount of new debt they can take on.

Spain and Portugal, too, are reliant on EU recovery funds to rebuild their economies, amid a continuing debate about whether EU states should collectively shoulder more of the debt burden.

"The southern bloc, including France, may well push for more European debt to diminish the pressure on national borrowing," Begg told DW. "But that's bound to face resistance from Germany."

At the same time, nearly a decade of austerity after the 2011 euro debt crisis has left these countries with little room to cut public spending much further.

"Despite another round of austerity being ruled out, these countries risk having an economic long-COVID," warned Begg, as tax hikes could severely hinder their growth.