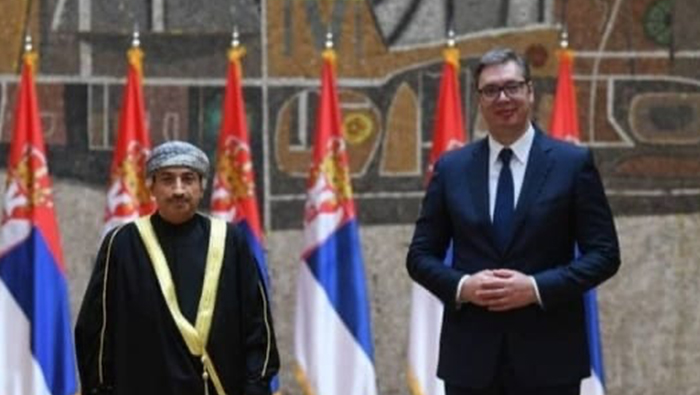 Belgrade: President Aleksandar Vucic of the Republic of Serbia received at the government’s headquarters in the capital, Belgrade, Yousuf Ahmed al Jabri, who presented his credentials as the Sultanate’s non-resident ambassador to Serbia.

During the meeting, the ambassador conveyed greetings of His Majesty Sultan Haitham Bin Tarik to President Vucic, along with His Majesty’s best wishes of good health and happiness to him.

The Ambassador also conveyed His Majesty’s wishes of further progress and prosperity for the friendly people of Serbia.

In his turn, the Serbian President asked the Ambassador to convey his greetings and best wishes to His Majesty the Sultan.

The President wished the ambassador success in carrying out his duties, stressing his keenness to promote the relations of cooperation between the two friendly countries in various spheres.