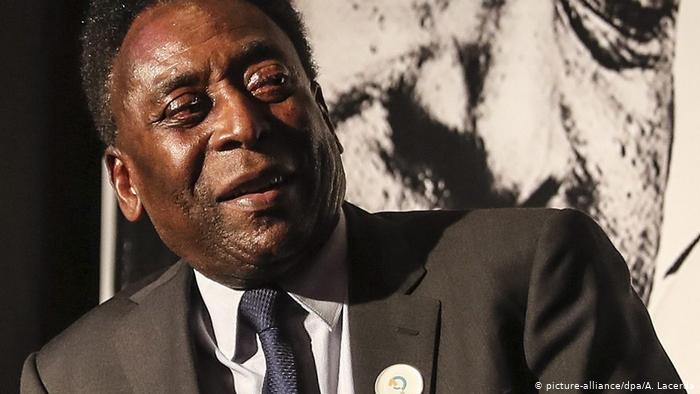 Sao Paulo: Brazilian soccer legend Pele said Monday he was recovering in hospital from surgery to remove a tumor from his colon.

"Last Saturday I underwent surgery to remove a suspicious lesion in the right colon," he wrote on social media on Monday.

The 80-year-old did not reveal whether the tumor was malignant, but the former Santos and New York Cosmos forward said he was grateful to "God for feeling very well."

"Fortunately, I'm used to celebrating great victories alongside you," he said on Instagram.

"I will face this match with a smile on my face, a lot of optimism and joy for living surrounded by the love of my family and friends."

The Albert Einstein Hospital in Sao Paulo said in a statement regarding Pele's condition: "The tumor was identified during routine cardiovascular and laboratory examinations and the material was sent for pathological analysis."

Pele, whose real name is Edson Arantes do Nascimento, is set to come out of intensive care on Tuesday and the tumor has been sent for tests, the Albert Einstein Hospital added.

On August 31, Pele refuted reports he had fainted and joked that he would be unavailable for Brazil's upcoming World Cup qualifier with Argentina.