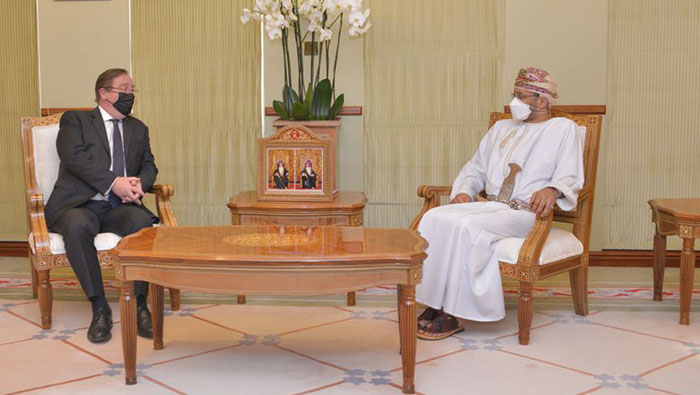 Muscat: Sayyid Badr Hamad Al Busaidi, Foreign Minister on Monday received Hamish Cowell, Ambassador of the United Kingdom (UK) of Great Britain and Northern Ireland to the Sultanate to bid him farewell at the end of his tour of duty in Oman.

Sayyid Badr expressed his appreciation for the ambassador's efforts exerted in boosting the relations between the two friendly countries, wishing him success.