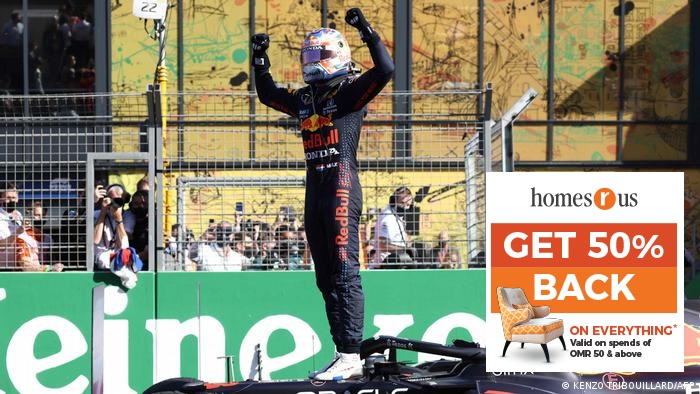 Amsterdam: Max Verstappen has moved back to the head of the drivers' standings, after winning the Dutch Grand Prix at Zandvoort over title rival Lewis Hamilton on Sunday, sending his home fans into ecstasy, as the second Mercedes of Valtteri Bottas completed the podium.

In the first Dutch Grand Prix since 1985, Verstappen led away from the pole, keeping Hamilton at bay throughout the 72-lap encounter around the sweeping Zandvoort track, to bring home his seventh win of the season, as Hamilton had to settle for second, the seven-time champion stopping with two laps to go for softs.

"Bottas was a comfortable third, despite his own late stop for soft tyres, with Bottas appearing to then ignore team orders not to attempt to take the fastest lap bonus point away from Hamilton - only for Hamilton to claim it anyway on the final lap," stated an official F1 release.

Bottas led home the AlphaTauri of Pierre Gasly, who drove a brilliant race to take fourth, ahead of the Ferrari of Charles Leclerc.

Fernando Alonso was sixth for Alpine, having passed the second Ferrari of Carlos Sainz on the last lap. Sainz was ahead of the second Red Bull of Sergio Perez, who recovered well from his pit lane start and an early flat spot in the race to take P8, with the second Alpine and of Esteban Ocon and the McLaren of Lando Norris - who'd been allowed past his 11th placed teammate Daniel Ricciardo earlier in the race - rounding out the top 10.