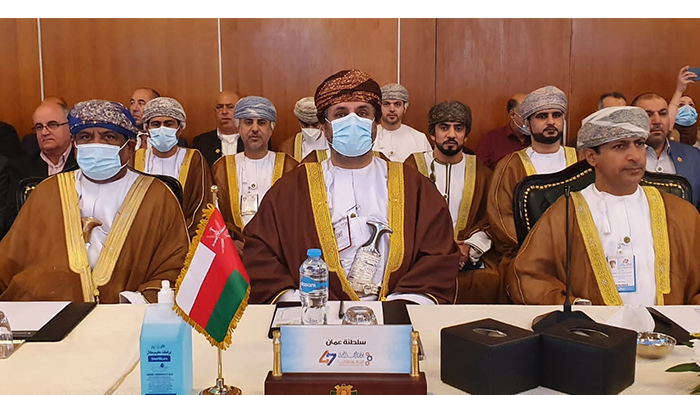 The conference saw the participation of 500 representatives of parties to production in member states of the Arab Labour Organisation (ALO).

The Sultanate’s delegation was headed by Dr Mahad Said Ba’owain, Minister of Labour. The delegation also comprised representatives from Oman Chamber of Commerce and Industry (OCCI) and the General Federation of Oman Workers.

The conference discussed a report of the ALO Director General. The report covered a spectrum of topics, namely the role of entrepreneurship in sustainable development, the importance of human element as a backbone to creativity and innovation and the importance of developing the education system and professional qualifications in making future entrepreneurs.

The report also addressed the COVID-19 repercussions that impacted the entrepreneurship sector as small, medium and micro enterprises bore the brunt of the pandemic. It also covered the role of governments in alleviating those effects and empowering the resilience of enterprises.

The meeting aimed to coordinate items of the agenda of the 47th Arab Labour Conference. It also discussed matters related to the joint GCC action.