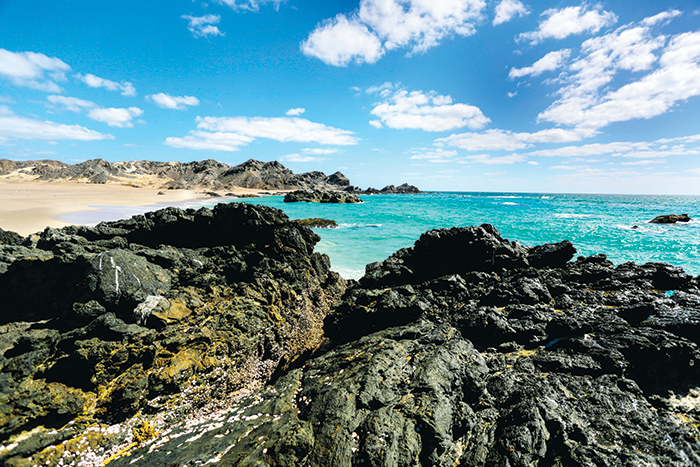 Situated about an hour’s drive from Duqm, lies Ras Madrakah where the climate remains largely pleasant from September to March. Being closer to the Dhofar region, Ras Madrakah is breezy, misty, and cool during the summer months.  It is known for being a good fishing spot, where people can enjoy the soft sand and waves on a weekend camping trip.

According to the Ministry of Tourism, “the contrast between white, soft sand and black volcanic rock formations make Ras Madrakah a favourite for those camping and fishing close to the shore.An hour’s detour off the main road between Duqm and Shwaymiya is rewarded by the sight of a colourful landscape of rocks in every imaginable hue. These headlands edge the coast and are interrupted with pretty, white-sand bays."

Ras Madrakah village is located southeast of the Wilayat of Duqm. It is about 75 km away from the wilayat’s center in Wadi Sai. One can enjoy the breathtaking view of the village and the blue sea.