One to one chat with Nawab of Najafgarh, the fearless Virendra Sehwag 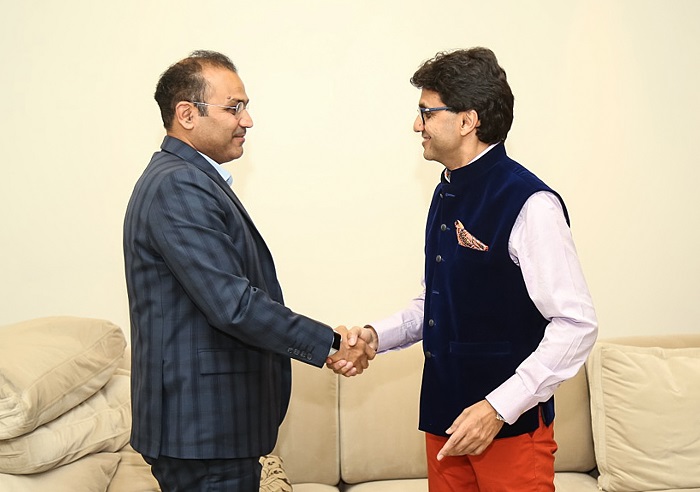 In a one to one chat with Virendra Sehwag discussing about India's current tour of England who was known for his destructive batting, Virendra Sehwag was spoke the way he batted. He said India played too safe and should have gone after the loose balls and made England bowlers get the upper hand over Indian batsman. Moreover, he felt India handed over the momentum which they had with them in the first two test matches.

I asked him should India retain Cheteshwar Pujara and Rahane, he said definitely yes and added that Pujara has come back in form by scoring 91 and also Rahane had scored a vital 50 at Lord's which helped India post a good second innings score. Moreover, Sehwag insisted India should play an extra batsman in Hanuman Vihari as if he believes India will win if the batsman put some runs. When asked if Ashwin should be included, he said he is your number one spinner as well as he got five test hundreds and will be handly at the dry oval wicket as he has got more variations.

When asked how Virat Kohli would get out of this lean patch, he said the skipper does not look out of form and needs to be patient and knowing him he will fire in the next two test matches. My last question to him was who will win the series, he said as much as heart wanted India to win he feel England win the series 2/1 and he added that he hopes he is proved wrong.

Virendra Sehwag is the only Indian to score two triple hundred and also score six double hundreds and has more than 8000 test runs in the 101 test matches he has played for team India and more often than not India won when he scored big. No wonder he is called the Nawab of Najafgarh.