Barty, Djokovic roll into third round of U.S. Open 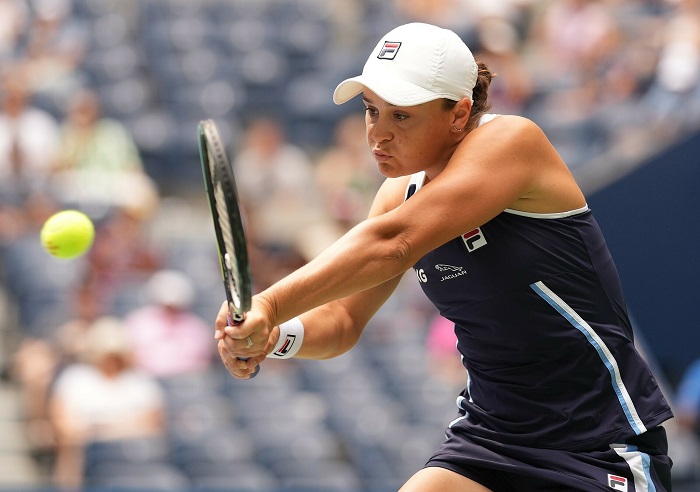 Barty will next play American Shelby Rogers in the third round.

New York: Top-seeded Ashleigh Barty of Australia defeated Danish teenager Clara Tauson 6-1, 7-5 in the second round of the US Open women's singles here on Thursday.

Good weather greeted Barty and Tauson as they started the match at an Arthur Ashe Stadium court that 12 hours earlier had closed its retractable roof as remnants of Hurricane Ida pounded New York.

"It was pretty devastating last night," Barty said. "It was quite a wild storm."

Reigning Wimbledon champion Barty will next play American Shelby Rogers in the third round.

Top-seeded Novak Djokovic defeated the Netherlands' Tallon Griekspoor 6-2, 6-3, 6-2 in 99 minutes to advance to the third round of the U.S. Open men's singles on Thursday.

The Serbian world No. 1 broke early and often - twice in each set - and sealed the victory.

"Obviously I'm very pleased with the way I came out on the court. I served very well. I found my rhythm on the serve. It was important I came up with the goods," Djokovic added.

Djokovic will now face Japan's Kei Nishikori in the third round.