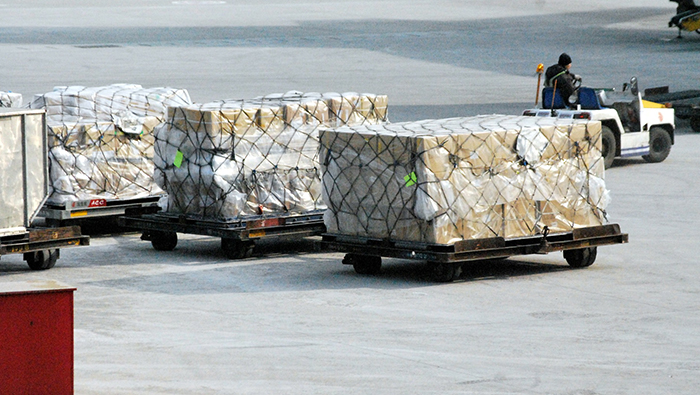 Muscat: Middle Eastern carriers posted an 11.3 per cent rise in international cargo volumes in July 2021 versus July 2019, according to the latest report by IATA.

“This was a decrease compared to the previous month (15.8 per cent). Some routes, however, are still posting strong performance, for example on the large Middle East–Asia trade lanes,” the International Air Transport Association (IATA) released July 2021 data for global air cargo markets shows.

This shows that demand continued its strong growth trend, IATA further said in its latest report.

As comparisons between 2021 and 2020 monthly results are distorted by the extraordinary impact of COVID-19, unless otherwise noted, all comparisons to follow are to June 2019 which followed a normal demand pattern.

Global demand, measured in cargo tonne-kilometres (CTKs), was up 8.6 per cent compared to July 2019. Overall growth remains strong compared to the long-term average growth trend of around 4.7 per cent.

The pace of growth slowed slightly compared to June which saw demand increase 9.2 per cent (against pre-COVID-19 levels). Capacity continues to recover but is still 10.3 per cent down compared to July 2019.

The IATA report further said that economic conditions continue to support air cargo growth. The July export orders component of the manufacturing Purchasing Managers Indices (PMIs) was 52.7 per cent, indicating a short-term boost to demand if those orders are shipped by air. The inventory-to-sales ratio remains low ahead of the peak year-end retail season, the report said.

“July was another solid month for global air cargo demand. Economic conditions indicate that the strong growth trend will continue into the peak year-end demand period. The Delta variant of COVID-19 could bring some risks. If supply chains and production lines are disrupted, there is potential for a knock-on effect for air cargo shipments,” said Wille Walsh, IATA’s Director-General.

Regional performance
Asia-Pacific airlines saw demand for international air cargo increase 4.4 per cent in July 2021 compared to the same month in 2019, and an improvement compared to the previous month’s 3.9 per cent expansion. Demand is being affected by an easing of momentum in key activity indicators in Asia, and by congested supply chains.

North American carriers posted a 20.5 per cent increase in international demand in July 2021 compared to July 2019. This was in line with June’s performance (19.8 per cent) and the strongest of all regions. New export orders and demand for faster shipping times are underpinning North American performance.

European carriers posted a 6.0 per cent increase in demand in July 2021 compared to the same month in 2019. This was a marginal decrease compared to the previous month (6.8 per cent). Manufacturing activity, orders and supplier delivery times are still favourable to air cargo.

Latin American carriers reported a decline of 10.2 per cent in international cargo volumes in July compared to the 2019 period, an improvement from the -21.5 per cent fall recorded in June. Although Latin America continues to show the weakest regional performance, the comparison with pre-crisis traffic levels has been highly volatile in recent months. Several trade routes to/from Latin America are performing well, such as North-Central and North-South America and Europe-South America, confirming that demand for air cargo in the region is recovering from the crisis.