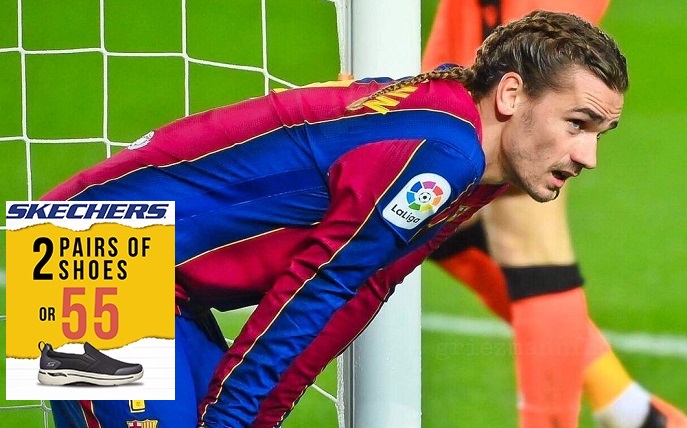 Madrid: Antoine Griezmann has made a shock return to Atletico de Madrid after Rojiblancos and FC Barcelona reached an agreement on Wednesday over a one-year loan with an option to extend for a further year, renewable by either party.

The Frenchman first joined Atleti ahead of the 2014/15 season and made his debut on August 10, 2014 during the Spanish Super Cup, which the club won. The Frenchman's first goal came just over a month later, in a Champions League clash against Olympiakos.

Griezmann is Atletico's club's all-time fifth top scorer with 133 goals in 257 matches. He also provided 50 assists. During his 257 Atleti matches, Griezmann won one Spanish Super Cup, one Europa League and one UEFA Super Cup. He also came in third in the 2018 Ballon d'Or - the same year he won the World Cup with France.

Antoine Griezmann came to Camp Nou in the summer of 2019 from Atletico Madrid. As a Barca player, the Frenchman made 102 appearances, 74 in the league, 16 in the Champions League, 9 in the Copa del Rey and 3 in the Super Cup. Of those 102 matches, Griezmann started 89.

Griezmann scored 35 goals and created 16 assists for Barca winning the Copa del Rey in his two seasons with Barca.