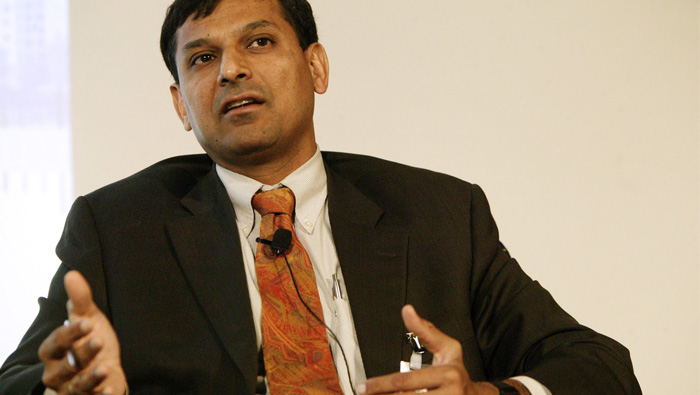 New Delhi: With retail inflation showing signs of hardening, Reserve Bank of India (RBI) governor Raghuram Rajan may maintain status quo in the bi-monthly monetary policy review on Tuesday and wait for the impact of delayed monsoon rains before making the next move, say experts.
Rajan, criticised for following hawkish monetary policy for too long before starting to lower rates, has reduced the benchmark interest rate by 1.5 per cent since January last year. Since then, he has been persuading banks to fully transmit the benefit of the policy rate cut to customers.
The customary post-policy press briefing by Rajan, whose current three-year term as the central bank governor ends in September, will also be closely watched for any cues relating to whether he is being given an extension.
“RBI is likely to maintain status quo this time. Although there is consistency in inflation numbers, the last numbers do not give much comfort," a senior banker said.
"Only positive factor is good monsoon. RBI will wait for it to happen before taking any call on rate cuts," he said.
Retail inflation soared to 5.39 per cent in April on higher food prices, reversing a downward trend seen in recent months. "With inflation remaining sticky at slightly above 5 per cent and growth fairly steady (although uneven), we expect policy rates to stay on hold until end-2016 (including at the upcoming policy meeting on June 7) with the focus shifting to liquidity provision," Nomura said in a report.
After a gap of six months, RBI had cut repo rate, at which it lends to other banks, by 0.25 per cent to 6.5 per cent in April. It was the first bi-monthly monetary policy review of the current financial year 2016-17.
Besides inflation, the crude oil price is also looking up and has touched $50 a barrel, from a low of about $30 per barrel, and could increase inflationary pressures. "Personally, I don't expect the Governor to cut the rates on Tuesday given the delay in the monsoons," StanChart India chief executive officer Zarin Daruwala said.
According to Morgan Stanley, the Reserve Bank of India is expected to wait for the onset of monsoon to see the trend in actual inflation before proceeding for the rate cut. "We see a higher chance of RBI reducing rates in the October meeting. However, there is a possibility of RBI cutting rates in the August meeting if the rainfall arrives in time and is significantly above normal by end of July," Morgan Stanley said.
"Post that, we expect RBI to move in December or February meeting, with the key event to watch being United Federal Reserve monetary policy action," it added.
"We do not expect a rate cut in this policy, but important from signaling perspective, particularly how RBI views improved expectations over monsoon and its assessment of impact on inflation," Deutsche Bank said in a report. However, some experts feel that there is a strong case of rate cut in the upcoming policy.
"There is a compelling reason for RBI to cut interest rate as inflation is low, monsoon projection is favourable and there is a need to push growth," Yes Bank managing director Rana Kapoor said.
"My sense is that the central bank would cut rate by 0.25 per cent this time and by similar percentage point in August before the busy credit season starts," he said.
According to India Ratings and Research, RBI is likely to maintain a status-quo on interest rates as focuses on inflation control, liquidity management and the pending policy transmission in the near-term.