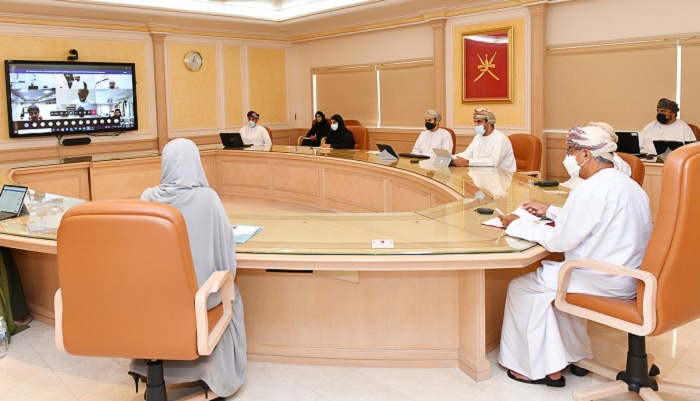 The event was attended by the Minister of Health, a number of undersecretaries, in addition to MoH’s directors general, and with the participation sub-teams of governorates.

Muscat: The first briefing session on the System for Measuring Individual Performance and Institutional Proficiency was held on Monday by the Ministry of Health (MoH) in collaboration with the Ministry of Labour (MoL).

The event was attended by the Minister of Health, a number of undersecretaries, in addition to MoH’s directors general, and with the participation sub-teams of governorates.

The meeting reviewed the overall System for Measuring Individual Performance and Institutional Proficiency framework and its relation with the Oman Vision 2040.

A simulation of the system (objectives form) was presented by the MoL for training prior to its official launching. The objectives form consists of employee main information, objectives, and outcomes.

It should be noted that the System accords His Majesty Sultan Haitham Bin Tarik’s full attention and support as it aims at developing human resources system by building a culture of proficiency in job performance, improving the system for performance appraisals, linking productivity with incentives thus raising employee’s performance and productivity.

The system also aims to set goals by employees, in cooperation with the direct manager, derived from the five-year plan, the operational plan, and job assignments in line with the initiatives of the Oman Vision 2040.

The Ministry of Health is planning to activate the system during January 2022.

It is hoped that it will achieve success according to the plans and goals set for the system by the main team.

The MoH employees will be engaged in a pilot application and training starting from September to the end of December 2021. They will be familiarised with the mechanism for setting goals and outcomes along with how to calculate each ratios.