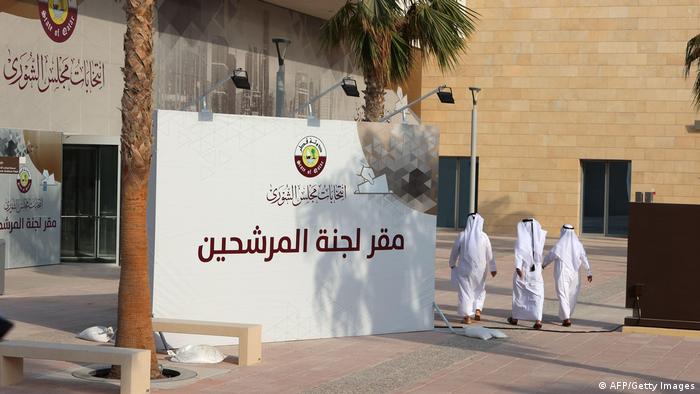 The elections for the Shura Council have been repeatedly postponed but are now set to take place in October.

Doha: Qatar's first public election of a consultative assembly is set to take place. The Arab state's ruling Emir Sheikh Tamim bin Hamad Al Thani has announced October 2 as the date. Qatari citizens who are at least 30 years old are able to register as candidates for the advisory council, called the Shura Council, until next Thursday.

The Shura consists of 45 members, with 30 now to be elected by the population and 15 appointed by the emir. Up until now, the emir used to appoint all 45 members of the Shura, which is chosen every four years.

Prime Minister Sheikh Khalid bin Khalifa Bin Abdulaziz Al Thani has called on citizens "to participate positively in the first elections to be held in the history of the State of Qatar to form the elected Shura Council," the state-run Qatar News Agency reported.

This move implements — with almost 18 years delay — Qatar's new constitution, which was approved in a 2003 referendum. So far, citizens have been able to cast their votes directly only in local elections and referendums on constitutional amendments.

"The election of the Shura Council definitely represents a new experience. Even if the result will be  for  an advisory body, it is still a step toward democracy," Ahmed Yousef Al-Mlifi, a political analyst in Kuwait, told DW Arabic.

However, he also sees the limitations of the council. "Council members can only question the prime minister on his policies and ask for a vote of confidence if two-thirds of the members agree. And yet, this is almost impossible given the high number of members appointed by the emir," he said.

Dr. Cinzia Bianco, research fellow at the European Council on Foreign Relations, said: "Bahrain and Oman have similar consultative bodies, and Kuwait even has a fully elected assembly, so I'd rather say that Qatar is catching up with the neighbours on the one hand, and on the other, it can be seen as organic development of the institutional political life in Qatar."

"There is a good chance that the council will enrich the conversation on economic and social issues, but all major political segments, like foreign policy, defence, security and investment policy are excluded," Bianco told DW.

By far not everyone in this country with its population of 2.94 million is eligible to vote or to be elected. Ninety percent of the population is excluded from casting ballots, as they are (mainly Asian) foreigners. This leaves fewer than than 300,000 Qatari citizens of legal age who can exercise their right to vote.

This group includes the descendants of those who lived on Qatari territory before 1930 and have not moved away since. Also considered Qataris are those who can prove they are descended from a Qatari family.