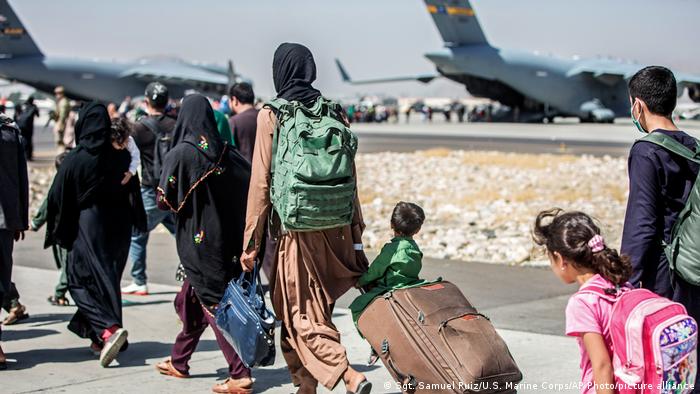 Kabul: The United States, Britain and Australia have all issued warnings over possible terror attacks at Kabul airport.

Crowds trying to access Kabul Hamid Karzai International Airport have been urged to leave the area.

Britain and Australia cited the "high threat" of a terrorist attack while the US embassy in Kabul has advised Americans not to travel to the airport in the Afghan capital due to unspecified "security threats" outside the gates.

Citizens already at the airport's Abbey Gate, East Gate and North Gate have been advised to leave "immediately," the embassy said.

For days thousands of fearful Afghans and foreigners have surrounded Kabul Hamid Karzai International Airport, in the hope of fleeing the Taliban, who seized power in Afghanistan earlier this month.

Australia's department of foreign affairs said there was an "ongoing and very high threat of terrorist attack. Do not travel to Kabul Hamid Karzai International Airport. If you're in the area of the airport, move to a safe location and await further advice."

The UK foreign office echoed similar sentiments as it said: "If you can leave Afghanistan safely by other means, you should do so immediately."