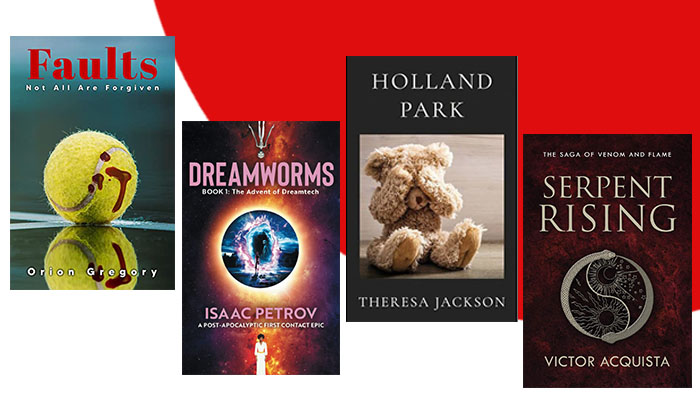 In this riveting murder mystery, as a struggling 24-year-old tennis professional, Sydney Livingstone has never had a game to die for. But all that is set to change during a tournament that serves as a precursor for the prestigious U.S. Open. Someone from her past with a secret vendetta is trying to kill her before she can make a name for herself in the world of tennis.

A bold threat scrawled on her car, followed by a mysterious delivery from a stranger, sets the stage for a wild ride of revenge and murder that will leave you wondering if you can truly trust those around you.

'No...no she was improving when the ambulance arrived. She can't be dead. She just can't!' he sobs while Max looks on with tears in his eyes.

An American girl, Morgan has a cardiac arrest while on a family holiday in London with her brother Max and their parents. She is rushed to the nearest hospital but dies suspiciously during the operation. The family demands a full investigation, but nothing takes place.

Ten years later Max completes his final year as a medical student in the U.S.A. and accepts an offer to participate in a residency programme in London, where he becomes deeply suspicious of the medical practices of a particular surgeon, who may have operated on his sister.

A post-apocalyptic first contact epic -- no-bull sci-fi at its best. The story of a badass woman who meets an alien in her dreams. The story of a world-shaking religious revolution.

December 2399. Civilisation has long collapsed -- the legacy of an inescapable disease. Only a religious group has adapted to life spans of mere 27 years. A happy society, oblivious to its own fragility.

A step away from extinction. Welcome to the history seminar of Professor Miyagi of the University of Lunteren-Deviss. Using the latest 26th century dream sensorial technology, you and your fellow students are about to dive deep into the momentous events when doom was playing dice with humanity. And winning.

Serpent Rising - The Sage of Venom and Flame
by Victor Acquista

Serena Mendez is an unemployed, pill-popping 21-year-old suffering from nightmares and PTSD. In an effort to confront the root of her childhood trauma, she travels back to the Navajo reservation where it all started.

Accompanied by her geeky friend Bryson, they discover unexplained mysteries pointing to an ancient conflict between the Illuminati and a Luminarian sect with origins to Atlantis -- and she appears to be at the centre. With more questions than answers and only a handful of clues, pursued by an unseen foe, Serena embarks on a mystical journey across six continents to learn more.