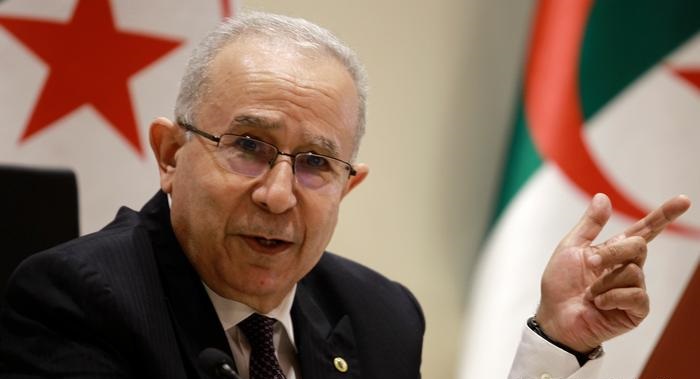 Algeria severed diplomatic ties with Morocco on Tuesday citing "hostile actions" from its neighbor, as relations between the two countries continued to deteriorate following an extended conflict mainly revolving around the Western Sahara.

Last week, Algeria claimed, without evidence, that deadly wildfires were caused by what it said are Moroccan-backed groups it has labelled terrorists.

"Algeria has decided to break diplomatic relations with Morocco starting today," Lamamra said. "The Moroccan kingdom has never stopped its hostile actions against Algeria," he added.

Despite the break in diplomatic relations, consulates in each country will remain open, Lamamra said.


The Moroccan Foreign Ministry responded to the move, saying in a statement on Twitter it regretted the "completely unjustified but expected decision, in view of the escalation observed in recent weeks."

"Morocco categorically rejects the fallacious, even absurd, pretexts underlying the decision," the statement continued, adding that the kingdom would remain a "loyal partner for the Algerian people."

What is the controversy over Western Sahara?


Relations between the two North African countries have been strained for decades over territorial tensions.

Morocco claims large parts of Western Sahara, while Algeria backs the Polisario Front, a group opposing Moroccan control of the Western Sahara and controlling part of the vast, arid territory.

Although Morocco continues to claim large parts of the Western Sahara, this is not recognized internationally.

Former US president Donald Trump had promised to recognize Morocco's sovereignty over Western Sahara, and Rabat normalized relations with Israel in return.

The move prompted fears in Algeria, however, that Israel might provide military support for Morocco.

The animosity between the two nations over the region has also caused tensions elsewhere, with European countries not recognizing Morocco's claims.

After a Spanish hospital treated the Polisario leader — Brahim Ghali — earlier this year, Morocco responded by relaxing its border controls with the Spanish exclave of Ceuta, leading to thousands of migrants crossing the border.

Morocco recalled its ambassador from Berlin in May, also due to the European stance on the Western Sahara dispute.

While the border between Morocco and Algeria has been closed since 1994, diplomatic relations have not been broken since they were restored in 1988 following an earlier spat.