Kabul evacuations will 'end in a few days': Merkel 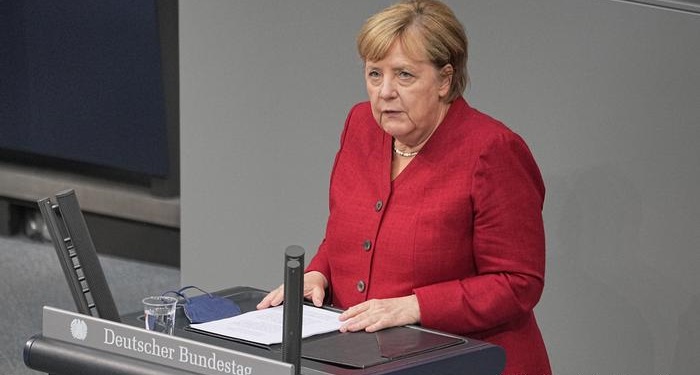 Germany is working "intensively" to evacuate Afghan staff ahead of a looming deadline, Chancellor Angela Merkel told lawmakers in the Bundestag on Wednesday.

Merkel's remarks came after US President Joe Biden ruled out extending the deadline for evacuations beyond August 31.

German military aircraft have so far rescued over 4,600 people including German citizens and local support workers, according to the German defense ministry.

Merkel said that Germany would still try to help Afghans who worked with its soldiers and aid organisations and wish to leave Afghanistan even after the deadline.

"The end of the air bridge in a few days must not mean the end of efforts to protect Afghan helpers and help those Afghans who have been left in a bigger emergency with the takeover of the Taliban," she said.

The Taliban is now a 'bitter' reality


Merkel said that the fact that the Taliban are back in power is "bitter but we have to deal with it."

"Many things in history take a long time. That is why we must not and will not forget Afghanistan," she said.

"Because even if it doesn't look like it in this bitter hour, I remain convinced that no force or ideology can resist the drive for justice and peace."

Merkel urged the international community to maintain dialogue with the Taliban to protect the gains of two decades of NATO deployment.

"Our goal must be to preserve as much as possible what we have achieved in terms of changes in Afghanistan in the last 20 years. This is something the international community must talk about with the Taliban," she said.

The reaction to the German response on Afghanistan


The fall of Kabul caught the German government by surprise. Now they are facing criticism for failing to plan for such a scenario.

Merkel said the airlift couldn't have started earlier as it would have undermined public trust in the Afghan regime.

Wednesday's parliamentary session was exceptional as the government was seeking retroactive confirmation from the house for the mission that the cabinet agreed to launch a week ago.

The decision to begin evacuations before parliamentary consent was a result of the Taliban's rapid takeover of Kabul.

Sevim Dagdelen, chairwoman for the Bundestag's foreign affairs committee, told public radio broadcaster Deutschlandfunk that the idea of the military evacuating tens of thousands of people from Kabul airport had been an illusion. Some 80% of local workers had not been able to reach the airport, she said.