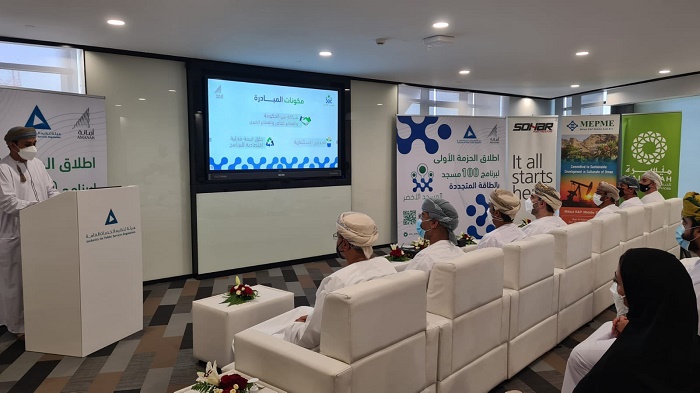 On the basis of the success achieved in the test phase, it has been decided to move forward with the project in 100 mosques through three packages over three years.

The programme provides energy services for mosques through a specialised project to converting electricity consumption of mosques to renewable energy sources. The number of mosques in the Sultanate stood at 16,464 in 2019.

The programme, which reduces electricity consumption and operational costs, comes in line with the directives of Oman Vision 2040 to achieve around 30 per cent of the Sultanate’s energy needs from renewable sources.

Since its launch in November 2020, the “Green Mosque” programme trial phase has achieved good results as the technical systems were installed in many mosques.

Based on these results, the company decided to move forward with the project in 100 mosques through three packages over three years with an estimated investment of OMR5 million. Part of this investment was allocated to projects of rationalising consumption technologies and generating electric power from renewable sources.

The project can be implemented in any mosque through contracting with Amana Investments, which will install the solar panels and operate them for a specified period of time.

It is expected that mosques will achieve immediate savings in bills, provided that the solar energy systems will be owned by the mosques at the end of the agreed investment period.