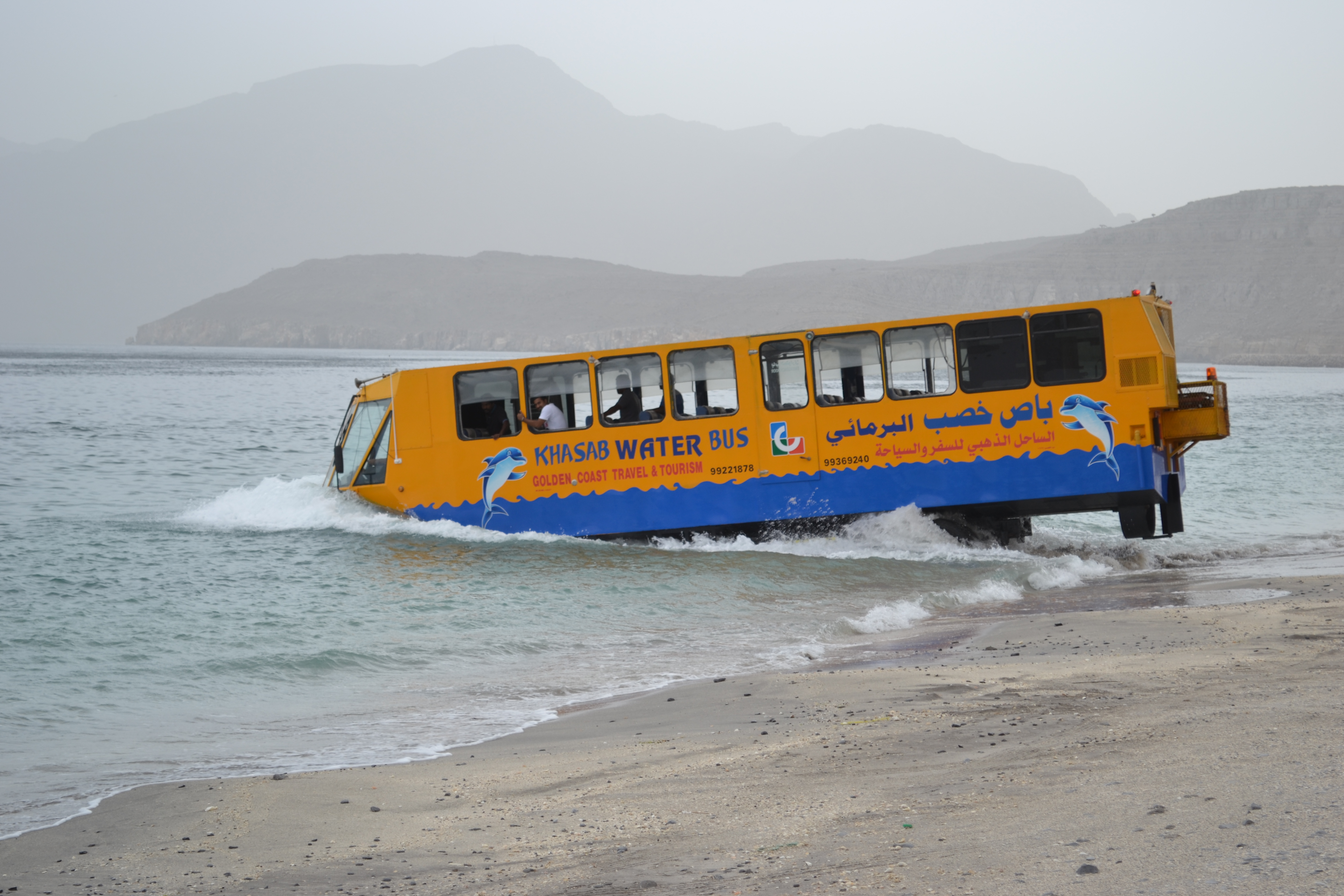 Muscat: A bus that can operate on roads, as well as in water, has begun service in Khasab.
Abdul Rahman Ahmed Almulla, General Manager of Golden Coast Travel and Tourism Company, said the vehicle, which moves on water and drives on land, will cater to tourists visiting the port city.
Khasab, located on the tip of Musandam Peninsula in northern Oman, draws a large number domestic as well as foreign tourists, especially from the UAE and other neighbouring countries.
“We are charging OMR10 for adults and OMR5 for children above two years, to experience this trip,” he said.
Known as the Norway of Arabia, the Musandam Peninsula, where mountains appear on the horizon at the edge of the sea, is located 570 kilometres from Muscat.
One half of the 90-minute water bus trip is on the road and the other half in water. The vehicle was imported from a European city and the service launched in Khasab this month.
“It can seat 34 passengers (excluding the staff), and can travel 100 kilometres per hour on roads and 7 knots in water,” he said.
Asked how the idea came to him, Almulla said he had been thinking of boosting tourism in Khasab.
“Then I stumbled upon the idea of introducing a water bus,” he said.
After two years of research, Abdul Rahman began water bus service this month, which operates according to international maritime safety standards. “There are life jackets, medical equipment and qualified technical staff with experience on board,” he said.