What are possible implications of US withdrawal from Afghanistan for Middle East countries? 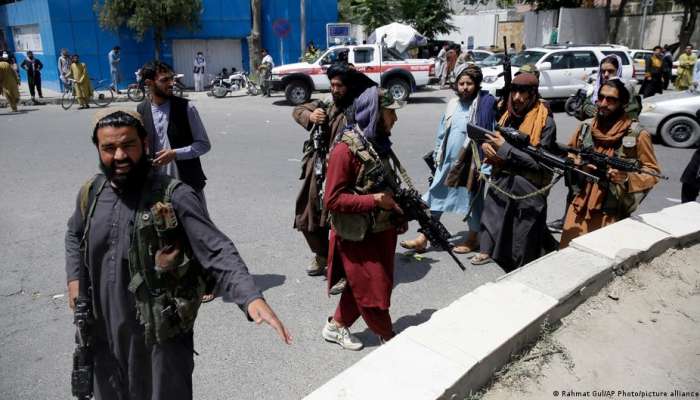 Nicosia: The withdrawal of US troops from Afghanistan, followed in a matter of days by the collapse of the government in Kabul, brought memories of the humiliating US prestige fall of Saigon in 1975 and send shock waves all over the world.

Germany's conservative candidate to succeed Chancellor Angela Merkel, Armin Laschet has called the withdrawal of forces "the greatest debacle that NATO has experienced since its foundation." Undoubtedly, the US withdrawal will increase the clout of Russia, China, Turkey, and Iran in the Middle East as alternative forces to the US and will surely make many governments in the Middle East reconsider their policies towards the US.

The US had sent troops to Afghanistan 20 years ago trying to overthrow, together with several Afghan tribes, the Taliban government that harboured the al-Qaeda terrorist organization which killed about 3,000 people on 11 September 2001.

During this period, the US Administration spent a staggering amount of about 2 trillion US dollars in the war against the Taliban, but the cost of human lives was more staggering. Some 70,000 Afghan military and 50,000 civilians were killed, while US casualties numbered 2,500 men and those of coalition partners 1100.

Later on, the Taliban were defeated and a national government was installed, but following the announcement of the US withdrawal, Taliban fighters rapidly took control of the country and the national government in Kabul collapsed like a house of cards.

What happened in Afghanistan may happen also in Iraq, where the US has supplied the military with sophisticated weapons, aircraft, and military advisers. However, as was shown in the case of Mosul in June 2014 some 30,000 Iraqi soldiers were not able to stop just 1,500 ISIL fighters from taking over the second biggest city in the country.

Bilal Wahab, of the Washington Institute, draws a parallel between the situation in Afghanistan and Iraq and points out that the United States had withdrawn in 2011 but had to return to Iraq to stop the Islamic State's onslaught and slaughter of Iraqis and adds: "The parallels between Iraq and Afghanistan are easy to list. Like Afghanistan, Iraq has a divided government that prioritizes patronage politics over competent security force governance and other government services. If anything, the Iraqi government and the collapsed Afghan one competed over which was more corrupt. Like in Afghanistan, the Iraqi government and military are unwilling to stand up to unruly militias threatening Iraq's sovereignty and stability and attacking Iraqis."

Turkey, under its Islamist president Tayyip Erdogan, tries, on the one hand, to expand its influence in the region and gain a foothold in Afghanistan and, on the other, wants to avoid a new influx of Afghan migrants.

As the country already hosts millions of refugees and a strong anti-migrant sentiment prevails in Turkey, Erdogan stressed a few days ago that "Turkey won't become Europe's 'refugee warehouse' for Afghans fleeing the Taliban".

It should be mentioned that Ankara was carrying negotiations with the United States to continue operating the Kabul airport after the withdrawal of the US forces. The Taliban rejected the idea, because Turkey was a member of the US coalition against them, although the 600 Turkish troops in Afghanistan were in a non-combat role.

As a Shi'a-dominant country, Iran had a complicated relationship with mostly Sunni Afghanistan and had a long history of ideological differences and political rivalry with the Taliban.

When the Taliban were in power in the late 1990s, Iran supported the anti-Taliban Northern Alliance, a non-Pashtun coalition of other ethnic groups. Tehran is certainly pleased with the fact that there are no US troops on its eastern borders but has to worry about a possible influx of Afghan refugees and will have to move thousands of soldiers to guard its borders.

For example, the main highway project was funded mainly by the US and Saudi Arabia. The largest mosque in Afghanistan was also financed by Saudi Arabia. However, as Saudi Crown Prince Mohammed bin Salman is currently advancing modernization efforts in the country, there are concerns that a changing society could push disgruntled radicals into the arms of groups like the Taliban.

Currently, the confidence Middle East governments have concerning Washington's commitments and promises must be at an all-time low and there is no doubt that countries like Russia, China, Iran and Turkey will try to fill the vacuum created.

After 20 years, the United States realized that the war in Afghanistan was unwinnable. The big question that remains is that if the much-touted US "War on Terror" is also unwinnable?

As Ibrahim Al-Marashi, assistant professor at the California State University points out: "In the end, the US's war on terror, rather than eliminating terror groups, led to these groups gaining more power. Moreover, with the Taliban's resurgence over the past weekend, there is a strong possibility that al-Qaeda will also re-emerge in the country. Al-Qaeda's offshoot, ISIL, meanwhile, still persists both in Afghanistan and Iraq."