Vaccinated or not, you can still give others COVID 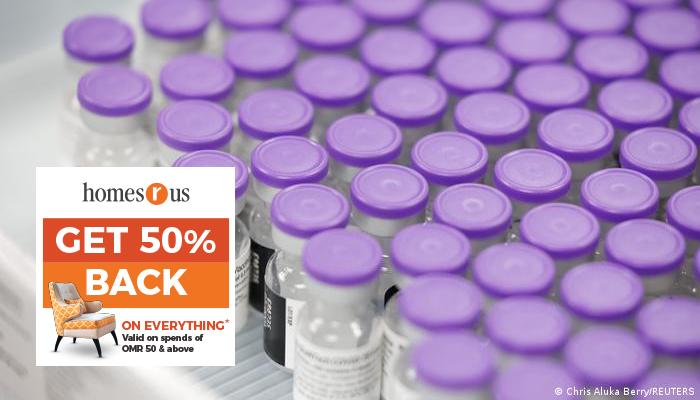 Protection against the delta coronavirus variant from the BioNTech-Pfizer vaccine weakens over time, and it could be the case for the AstraZeneca vaccine too, according to a study by a group of British scientists.

The study, which is awaiting peer review and included work from the University of Oxford and Public Health England, found that 90 days after the second jab, the vaccine's efficacy against all infections in the UK's delta-dominant period fell to 75 per cent for BioNTech-Pfizer and 61 per cent for AstraZeneca.

For infections with high viral burden, protection dropped to 78 per cent after three months for BioNTech-Pfizer and 61 per cent for AstraZeneca.

Two weeks after the second dose the effectiveness against any infection from BioNTech-Pfizer was 85 per cent and 68 per cent for AstraZeneca.

But there was some uncertainty in the results for AstraZeneca, said study author Koen Pouwel, a senior researcher at Oxford University's Nuffield Department of Population Health.

"We can be confident that for Pfizer these numbers really represent a decline, [whereas] for AstraZeneca, the uncertainty means that the differences are compatible with chance, that is there could be no change at all in the protection from AstraZeneca," said Pouwel.

Two doses of BioNTech-Pfizer have great initial effectiveness against new COVID-19 infections, but the effectiveness declines faster than two shots of AstraZeneca, the study found. The results suggest that after four to five months, the effectiveness would be similar, but further long-term effects need to be studied, the scientists said.

"It's important to note that overall effectiveness is still very high because we were starting at such a high level of protection," Pouwel said, adding that the data does not provide information on two important factors: how well the vaccines protect against severe disease and hospitalisation.