Hurricane Grace makes landfall for a second time in Mexico 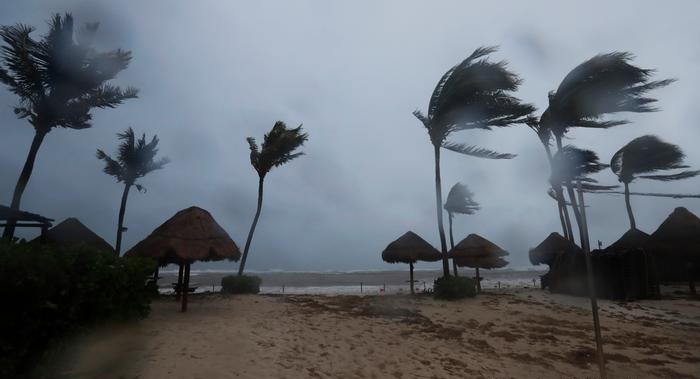 After having already hit the country once earlier in the week, Grace made landfall for a second time, triggering warnings of floods and mudslides. A hurricane warning is in effect along Mexico's Caribbean coast from Puerto Veracruz to Cabo Rojo.


The US National Hurricane Center (NHC) forecast maximum sustained winds up to 195 kilometers (120 miles) per hour as Grace closed in on Veracruz.

"Some additional strengthening is possible until Grace makes landfall, with rapid weakening expected as Grace moves inland over the mountains of central Mexico," the NHC said, adding, heavy rainfall through the weekend "will result in significant flash and urban flooding as well as mudslides."

A "dangerous storm surge" would accompany "large and destructive waves" along the coast, according to the NHC. Mexico City authorities have issued warnings regarding heavy rains over the weekend.

Preparations for devastation in Veracruz


Authorities in the oil-producing state of Veracruz prepared 200 storm shelters and were ready to open 2,000 more if needed. Most highways were closed as the state is traversed by numerous rivers.

Across the state, business and homeowners boarded up their buildings, fishermen took their boats ashore and people stocked up on water and canned goods as they looked to ride out the storm.

Earlier in the week, Grace made first landfall


More than 6,000 residents and tourists were evacuated to storm shelters in Quintana Roo earlier in the week in the Yucatan as Grace made landfall. The storm first hit the popular resort town of Tulum, famed for its Mayan ruins and beach life.

Carlos Joaquin, Quintana Roo Governor, said the storm hit without any loss of life and power was nearly restored across the state.