Khadse should be booked for sedition, says Kejriwal 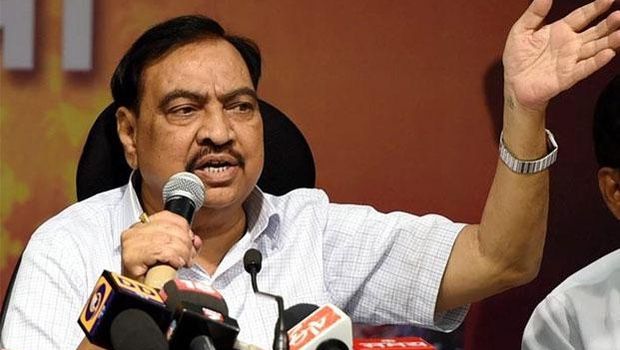 New Delhi: Delhi Chief Minister Arvind Kejriwal on Sunday demanded that former North Indian state, Maharashtra Revenue Minister Eknath Khadse should be booked for sedition for his alleged links with underworld don Dawood Ibrahim.
He also came out in support of withdrawal of the sedition charge against Patidar leader Hardik Patel, who is lodged in jail. Kejriwal said that while Patel is not "guilty of sedition", Khadse, who is in the eye of a storm over allegations of corruption, including irregularities in a land deal, is.
Khadse had resigned yesterday. "Gujarat govt shud withdraw sedition charges against Hardik Patel. He is not guilty of sedition. Khadse is. Book khadse under sedition (sic)," the AAP chief tweeted.
This tweet comes at a time when Aam Aadmi Party (AAP) has announced its plan to contest the Assembly polls in Gujarat next year. BJP has been in power in the state for over a decade. Kejriwal on Saturday dubbed Khadse as a "traitor" for his alleged conversation with Dawood Ibrahim, saying, "Patel has been charged with sedition even when he has not done anything against the country, but on the other hand alleged call records show that Dawood Ibrahim, one of India's most wanted criminals working against the nation, made calls to Khadse." Khadse has dismissed the allegations against him.