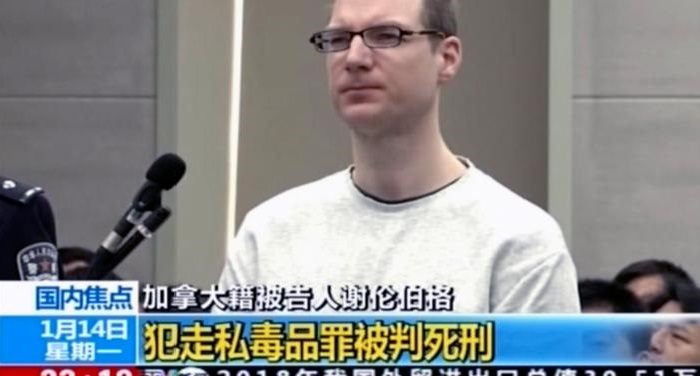 Schellenberg, who was initially sentenced to 15-years of imprisonment in 2018, was handed a harsher punishment in January 2019, after he appealed against his sentence.

The harsher punishment came soon afterCanada arrested Huawei executiveMeng Wanzhou, at the request of the US. Wanzhou, the chief financial officer of Huawei, is also the daughter of the founder of the global telecommunications giant. The arrest infuriated Beijing, which saw it a political ploy to stop its rise on the world stage.

Diplomatic tensions betweenCanada and China have taken a nosedive since.

How have Canadian authorities reacted?


Canada's ambassador to China told reporters that he had spoken with Schellenberg who was "remarkably composed," according to Canadian newspaper The Globe and Mail.

Dominic Barton said the trial is "part of a geopolitical process" and it was "no coincidence that this is happening right now while events are ongoing in Vancouver," referring to Wanzhou's extradition trial in Canada.

"This is by no means done," Barton said.

Schellenberg's lawyer told The Globe and Mail that the verdict was not a surprise. Though the verdict is yet to be approved by China's Supreme Court, Zhang Dongshuo said chances of the verdic being commuted were "relatively low" but "not impossible."

Dongshuo was not able to meet his client before the hearing, according to the newspaper report.

The Chinese court had heard Schellenberg's appeal against the death sentence in May last year, and confirmed the verdict on Tuesday.

When did the spat begin?


Schellenberg was detained by Chinese authorities in December 2014, charged with drug smuggling in 2015, and sentenced to 15 years of imprisonment on November 28, 2018.

A Chinese court ordered a retrial of Schellenberg's case on December 29 when he appealed against the long sentence. In January 2019, the Dalian Intermediate People's Court in China's northeastern Liaoning province re-tried Schellenberg and imposed the death penalty.

Beijing warned of unspecified consequences unless Meng was released.

The verdict for Spavor is expected to be out as early as Wednesday, news agency Reuters reported.

Two other Canadian, Fan Wei and Xu Weihong were also sentenced to death on drug charges in 2019.