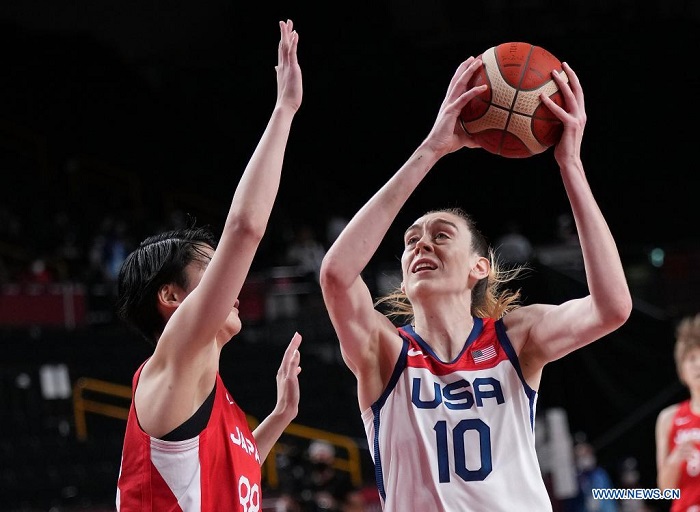 The silver medal is also the best result for the host Japan, whose previous best, 5th placing, came from the 1976 Montreal in Canada. It also ties the best Olympic result in Asian women's basketball as the second place as China won the silver medal in 1992.

The U.S. dominated the paint with seven blocks in the first quarter to open it 18-5 before Japan found the rhythm for the outside shooters.Japan, which shot 41 per cent on 3-pointer before the match, did not let the U.S. pull away with constant long shots, until a lay-up of Brittney Griner, who scored 18 points in the first half, built up a 46-32 lead.

Losing 86-69 to the U.S. in the group phase, Japan could not find a better way to close the gap of height, three inches lower than the U.S. averagely to finish as the silver medalist. 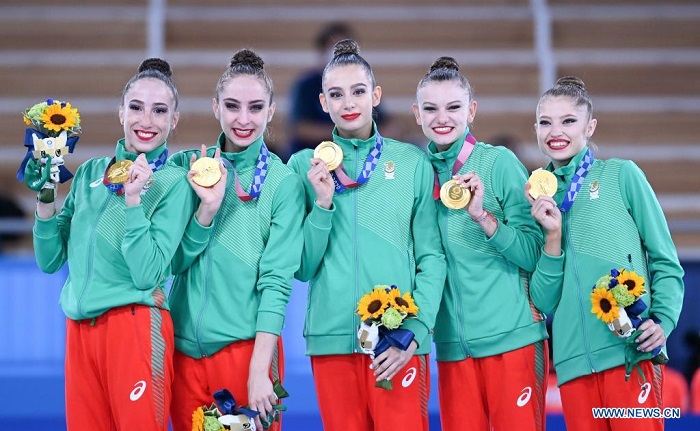 The Bulgarian squad, consisting of Simona Dyankova, Stefani Kiryakova, Madlen Radukanova, Laura Traets and Erika Zafirova, finished the first in qualification and topped both rotations in the final.

In the first rotation of five balls, the Bulgarian gymnasts led the competition in a high of 38.800 points. Their scores for both difficulty and execution were unparalleled.

They managed to extend their advantage in the second rotation with a 36.200-difficulty routine in three hoops and two clubs, slightly surpassing the ROC team by a margin of 0.050 points.

The ROC gymnasts, the second qualifying team, performed the last on the arena and placed second in both rotations. They submitted an inquiry for their three hoops and two clubs and received a 0.300 addition but it was not enough to upset their Bulgarian contenders.

The Chinese team finished the fourth in 84.550 points.

The United States swept Brazil 3-0 in the women's volleyball final here on Sunday to win their first Olympic gold medal.

Having swept Serbia 3-0 in Friday's semifinals, the United States jumped to a 15-11 lead in the first set. After Brazil pulled within 15-14, the Americans pulled away again on back of two spikes of Jordan Larson and two errors of Brazil, and held on for the victory in the opener.

In the middle of the second set, the United States staged an amazing 8-1 run for an 18-9 lead. Brazil fought hard to cut their deficit to 22-19, but that's the closest they could go. In the third set, the American women raced to a 17-9 lead and never looked back.

Andrea Drews led the United States with 15 points with Michelle Bartsch-Hackley and Larson adding 14 and 12 respectively.

Playing without Tandara Caixeta, who had been provisionally suspended for potential anti-doping rule violation, Brazil was led by Fernanda Rodrigues' 11 points.