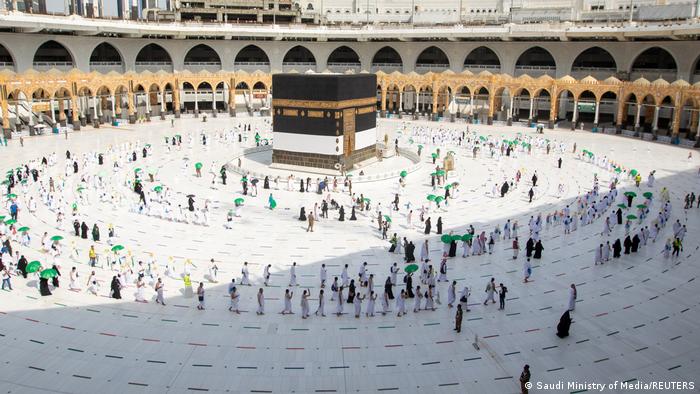 "The Ministry of Haj and umrah announced the start of receiving umrah performers of citizens and residents, in addition to gradually receiving umrah requests from various countries of the world," the Saudi Press Agency said on Sunday.

According to the report, vaccinated worshipers from countries that the Middle Eastern kingdom includes on its entry-ban list will have to undergo institutional quarantine upon arrival.

Foreign pilgrims must also be inoculated with a Saudi-recognized vaccine.Umrah — which is undertaken at any time of the year unlike the annual pilgrimage of hajj — was reopened for domestic pilgrims in October.

Both pilgrimages are key revenue earners for Saudi Arabia, bringing in around $12 billion (10.3 billion euros) annually in normal times.