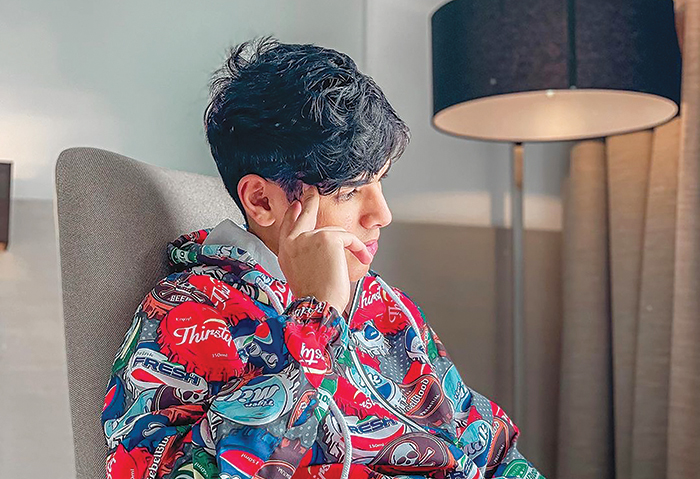 Flying for me is freedom and passion, and it mesmerises me as I watch the planes.  My only wish is to fly in the skies of the world through Oman Air. Flying for me is my ambition and passion that I will work hard to achieve, even if it requires for me to study aviation on my personal account, said Moaz Al Saeedi from North Al Batinah.

Flying in the skies of the world has been Moaz’s childhood dream. Till today he has not deviated from his goal despite doing his specialisation in a different subject at Sultan Qaboos University, in Muscat. But the dream of flying did not leave the 20-year-old pilot aspirant even for a moment. Moaz did not specialise in aviation or study how to fly a plane, but he still dreams of being given a chance to fulfill his ambition.

Moaz bin Musabah bin Mohammed Al Saeedi, from the Wilayat of Al Khabourah in the Governorate of North Al Batinah, spoke exclusively to the Times of Oman about his passion to be a pilot  for Oman Air.

“My passion to become a pilot made me call many people in my town, on social media, relatives and friends to chose Oman Air for their travel around the world. I  introduced them to the advantages of Oman Air, its history, its schedule of flights and the destinations to which it flies weekly, if not daily,” said Moaz.

We visited Moaz’s  house to know more about his passion for aviation, and he greeted us with his hospitality by offering juice, fruits and dates, and Omani coffee. When Moaz showed us his room, we were surprised to see pictures of Oman Air planes on the walls, his carry-on bag, the back of his laptop, his Mercedes car key and T-shirts.

“These pictures are enough to reflect the extent of my passion for Oman Air. It is a big part of my life. I hope that this message reaches the officials of Oman Air and that they help me to achieve my desire and ambition, which I have  since childhood.”

When Moaz was nine years old he used to watch many  documentaries on  the challenges that pilots face during their training.  “As a child I was watching one documentary and I was amazed to see the challenges one had  to overcome in order to become a pilot.

The challenge to fly,  in controlling the steering wheel of the plane in the air, and in controlling the direction of its destination, and its steering during takeoff and landing.  The feeling of being responsible for protecting  the passengers and to help them reach to their destination safely is a great challenge. That day I set my mind to become a pilot  not only for the pleasure of flying but also to hear  my name being called to be ready for my flight,” said Moaz.

“The fun lies in sitting in the cockpit when all passengers board, putting the big speaker and then closing the plane’s door before takeoff, and checking the aircraft’s instrumentation and settings, when approaching the main landing strip for takeoff, with the sound of the engine roaring. When you are talking to the passengers about the destination and how long it will take for the flight to reach to the destination, it is a very good feeling. The biggest part of my passion is while taking off and landing, and that is by controlling the steering wheel down and up.

“What a truly wonderful feeling that I cannot describe as I imagine being in the cockpit, and how I really hope my wish to become a pilot comes true. I am sure I will reach my goal very soon,” he added.

“The flight crew always undergoes training courses, sometimes intensive. The pilot also renews the driver’s book at least once a year, where he is subject to medical and written examinations. In case the pilot is driving two types of planes, the pilot must renew the driving book each six months. As the pilot undergoes medical and academic examinations, on the basis of which the driver’s license is renewed, and whenever the pilot wants to travel on a new aircraft, he must do training courses for two months and this is called the type rating.

"There are two types of planes, one of which is Airbus which is usually flown, but if the pilot is asked to fly another plane, such as Boeing, he must undergo different training, as each plane has its own rules of operation,” informed Moaz.

As for the autopilot, Moaz said, “On the basis of my extensive reading and after  watching documentaries I understand that the autopilot greatly relieves the pilot.”
But can anyone fly the plane? “First of all, a person must love flying and heights, and most importantly, he should have a strong personality, have a leadership spirit, and be a decision-maker. As for the practical part, it is easy to implement but the main thing is related to how decisions are made,” Moaz said. 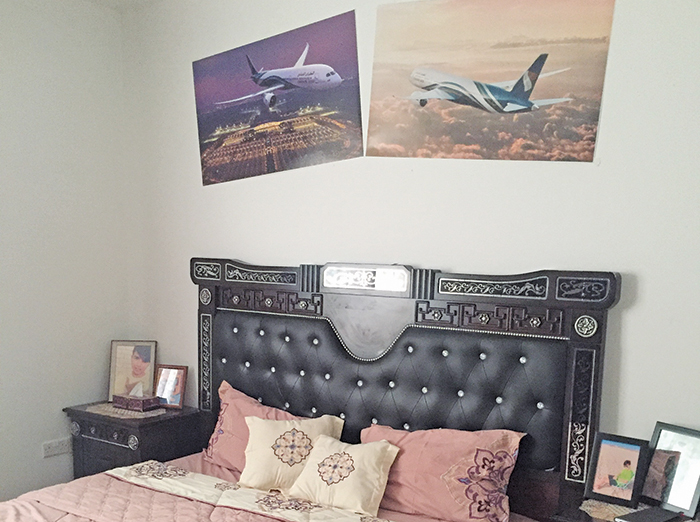 Regarding the dangers of flying and whether he was aware of the dangers he said: “The real problem while flying the plane lies in the bad weather conditions, for which  the pilot needs to take necessary precautions. If he encounters bad weather conditions, he must avoid the storm, and be a decision maker as well, and know how to neutralise the plane from facing strong and stormy weather. But the most important thing in the world of aviation remains safety and security, as safety is related to the quality of the plane and adherence to flight rules and instructions, while security is a matter of caution.”

It is worth noting that Moaz has an account on the Instagram and is followed by about 50,000 followers from inside and outside Oman.  Usually he publishes news, pictures, information and advantages about Oman Air and information about destinations and unscheduled flights at the moment.

Oman Air is the national airline of Oman, headquartered in the capital, Muscat, and operates its flights from its main operations centre at Muscat International Airport in addition to its second sub-centre at Salalah Airport. Oman Air flies to millions of passengers annually to more than 51 destinations in North Africa, Asia and Europe on its fleet of 48 Airbus, Boeing and ATR aircraft.