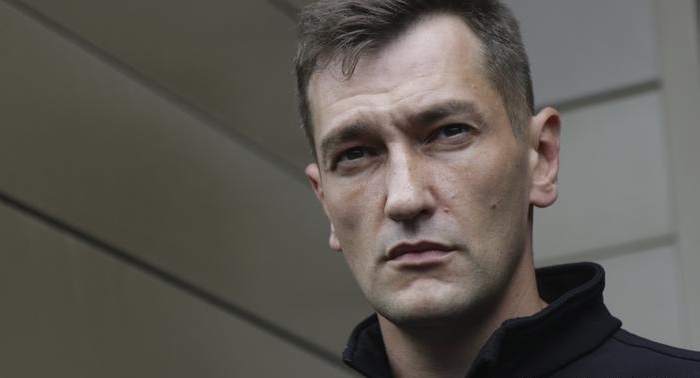 The brother of jailed Russian opposition politician Alexei Navalny was handed a one-year suspended sentence by a Moscow court on Friday for defying coronavirus regulations by calling for protests.

The latest development follows on the heels of Navalny's top ally, Lyubov Sobol, who was convicted on similar charges earlier this week.

What was the court's ruling?


The Preobrazhensky District Court found 38-year-old Oleg Navalny guilty of calling for mass protests in January, which were organized in support of his brother.

Oleg Navalny's lawyers plan to appeal the ruling, according to the Russian state-run RIA Novosti outlet.

Oleg Navalny was previously detained in January over the charges and put under house arrest.

Russian government cracking down on opposition


The Russian government has cracked down on unauthorized protests over what officials say is an effort to prevent the spread of COVID-19. Several other Russian opposition figures have been handed criminal sentences for similar reasons.

Navalny ally Nikolai Lyaskin was sentenced to one year of restricted movement on Friday for supporting the demonstrations.

Lyaskin said he is unable to leave his home from 10 p.m. to 6 a.m. due to the ruling and is also not able to attend large public events. In addition, he said he is barred from leaving Moscow.

Opposition figure and Navalny associate Lyubov Sobol was also convicted on the same charges this week and was sentenced to 1.5 years of parole-like restrictions.

Sobol has said the charges are politically motivated.

Why is Alexei Navalny in prison?


Navalny was sentenced to at least 2 1/2 years in prison in February for breaking the rules of his probation linked to a 2014 ruling. Navalny believes the charges are politically motivated due to his criticism of the Russian government and President Vladimir Putin.