Ebrahim Raisi sworn in as president of Iran 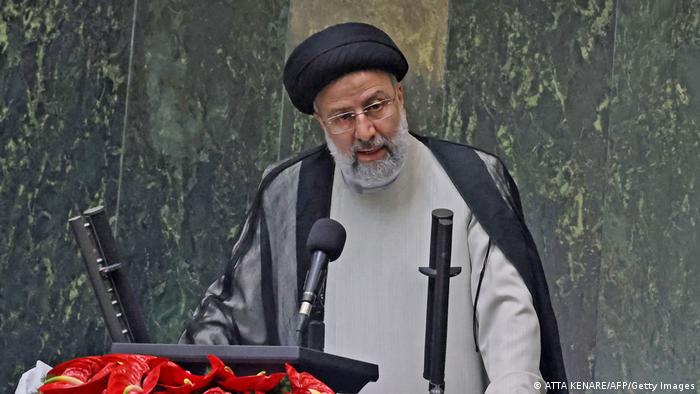 President Raisi is considered a political newcomer, having served as a judge until being appointed as head of the judiciary in 2019

Tehran : Iranian President Ebrahim Raisi took the oath of office before Parliament in the presence of the Judiciary chief and members of the Expediency Council and foreign guests in Tehran on Thursday, Islamic Republic News Agency reported.

The swearing-in of the president in Iran is based on Article 121 of the constitution. According to the constitution, in the swearing-in ceremony, the Judiciary chief and members of the Expediency Council should be present in the parliament, it said. Raisi won the June 18 presidential race in Iran with nearly 62 per cent of the vote to replace Hassan Rouhani, who has served the maximum two terms in office

Raisi, 60, was born in Mashhad to a Persian clerical family of Sayyids. At the age of 15, he enrolled in the Qom Seminary -- the largest Shia seminary in Iran.

For 40 years of his life, the newly-elected Iranian president worked in the judiciary. He was appointed as Tehran prosecutor in 1989, the head of the General Inspection Office in 1994, prosecutor-general of Iran in 2014 and chief justice in 2019, as per Sputnik.

The president of Iran, popularly elected for a four-year term with further approval by the religious elite needed, holds the second most influential position in the country after the supreme leader, who represents a religious component of Iran's dualistic political system, Sputnik further reported.