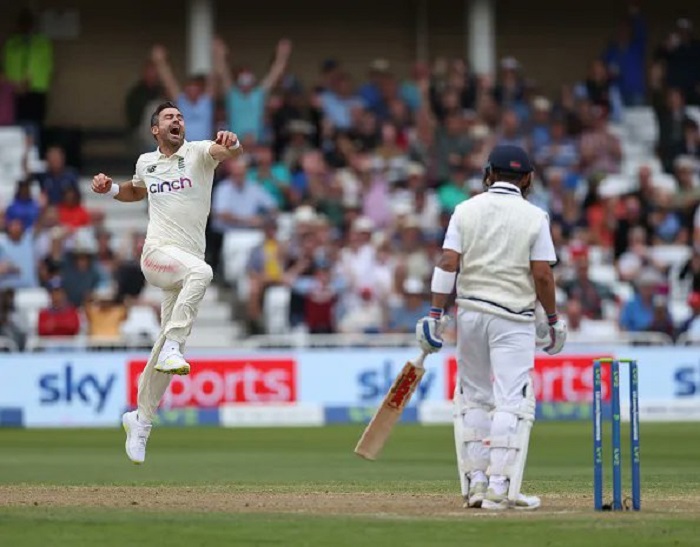 Nottingham: England staged a comeback during the second session on day two of the first Test after dismissing three key India wickets before play was stopped due to rain on Thursday.

India are 125/4 with KL Rahul (57*) and Rishabh Pant (7*) at the crease and the visitors are trailing by 58 runs in the first innings before an early Tea was called due to rain. In the second session, India suffered a collapse as the visitors lost three quick wickets.

In the first session, India had scored 97/1 with KL Rahul unbeaten on 48 at the crease.

Rohit Sharma once again was not able to capitalise on a good start as India lost one wicket against England in the first session on Day two.

Resuming the day at 21/0, India openers Rohit and Rahul played cautiously and the duo saw off the first hour without a single hiccup. Both batsmen were looking set to make the English bowlers toil on the park.

The duo mixed caution with aggression and they were about to see out the first session, but Rohit (36) went for a hook shot off the bowling of Ollie Robinson and ended up giving a simple catch to Sam Curran.